Chipmunk is set to play a free one-off concert at London's indigO2 venue to celebrate his 21st birthday next month. 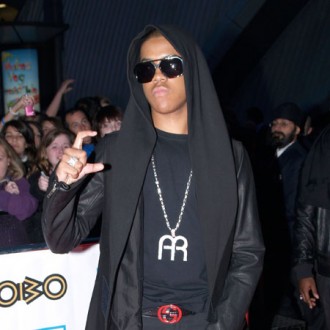 Chipmunk is set to play a free one-off show in London to celebrate his 21st birthday.

The show will see him play a full set of tracks from latest album ‘Transition’ and debut record ‘I Am Chipmunk’.

He announced: “I’ll be rocking the IndigO2 for one night only – get down to Best Buy stores for free tickets!”

Tickets for the ‘Best Buy presents…Chipmunk’ event at the 2,500 capacity venue are available at Best Buy shops across the country on a first come, first served basis and are free with every purchase made over £10 from Monday October 17th.

The 20-year-old hip-hop star – who turns 21 on November 26 – is set to follow in the footsteps of Ellie Goulding, Alesha Dixon and Alexis Jordan who have all played free gigs in the UK for the electronics goods chain.

Chipmunk will be supported by girl group Vida, who are managed by JLS singer Ortise Williams, and London-based pop trio SoundGirl at the gig.