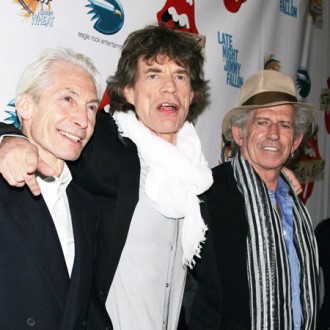 Charlie Watts is ready to tour with The Rolling Stones’ to celebrate their 50th anniversary.

The drummer is keen to reunite with bandmates Sir Mick Jagger, Ronnie Wood and Keith Richards for their milestone year in 2012, although he admits logistically it could be a problem.

He said: “It would be lovely to do some shows because it will be fifty years.

“Ronnie plays, I still play, Mick sings, he can do it anyway, I think Keith is doing some records.

“Anyway it would be great if we did, we are just getting to an age where it’s getting a bit difficult to get it together and it’s such a bloody performance getting us together.”

Charlie also claimed the reason the band has lasted so long is because no one wants to be the person who breaks up the group.

He explained to radio station BBC 6 Music: “I think no one wants to quit because the others will say ‘you quit’.”

While Keith has long said he, Charlie and Ronnie are keen to mark a half century since the legendary group began, Mick has played down rumours they will stage any concerts, although he reportedly attended meetings to discuss how they should approach the milestone.

Keith said: “I don’t see why in the world the Stones can’t put together some kind of show next year. I’d almost count on it. It doesn’t have to be the whole spectacle bull***t again, but we’ve got to find our own way through this.”

Mick released a self titled debut album with his supergroup Superheavy last September.