Bruno Mars wants to launch a side-project to show his versatility and would love to collaborate with stars including Rihanna, Lady Gaga, Kings of Leon and Mumford & Sons. 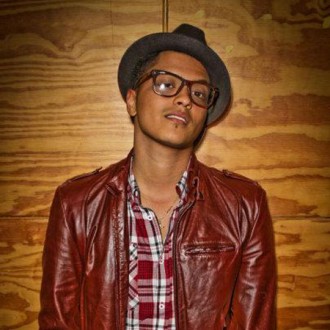 The ‘Grenade’ hitmaker is desperate to return to the studio and dreams of a series of side-projects in which he can work with all the different artists he admires, insisting what people heard on his debut album ‘Doo-Wops & Hooligans’ isn’t the only type of music he can create.

He said: “I’m itching and jonesing to get back into the studio and fantasising about doing a side project.

“I’m such a fan of how Jack White and Danger Mouse get down and put these bands together. I’d love to be the drummer in a band that I’m producing, and sit back there and have someone else sing

“I want to work with the Kanyes, the Jay-Zs… a Rihanna, a Gaga, Kings of Leon, Mumford & Sons. I want to do all those things. As proud as I am of ‘Doo-Wops’, I feel like, ‘Oh, man. People haven’t seen nothing. They don’t even know what I’m about to do,’ and that’s what I can’t wait to show the world.”

Despite his desire for musical diversity, Bruno insists he has no plans to move into other ventures such as fashion as he thinks that could spoil his career.

He told Billboard magazine: “When people fall is when they’re like, ‘OK. Now I’m here, what’s next? A clothing line?’ That’s not what I’m trying to do.