Brandon Flowers, Bryan Ferry and The Eagles were among performers at the Hop Farm festival in Kent yesterday (01.07.11). 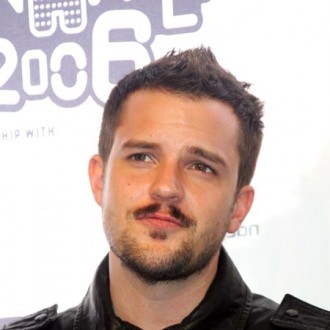 Brandon Flowers was joined on stage by his Killers bandmate Mike Stoermer during a solo show yesterday (01.07.11).

The ‘Crossfire’ singer was midway through his set of material from his recent solo album ‘Flamingo’ when he welcomed his bassist from backstage, much to the delight of the crowd at the Hop Farm festival in Kent.

Introducing Mike, he said: “So I play in a band called The Killers and I found one of them backstage. He’s a handsome man and a better bassist.”

The pair – along with Brandon’s backing band – then launched into a rendition of ‘Read My Mind’, before the bassist departed the stage.

Brandon went on to close his set with a reworked version of his group’s most well-known song, ‘Mr. Brightside’, with the crowd singing along to every word.

Brandon wasn’t the only artist at the festival yesterday to revisit their back catalogue.

Bryan Ferry’s solo set included renditions of tracks by his band Roxy Music, including ‘Love Is The Drug’and ‘Avalon’, while also including material from his recent Bob Dylan covers album ‘Dylanesque’.

Earlier in the day, the site was hit by a power cut during 10CC’s performance, but organisers soon had the festival up and running again.

The first night of the festival was closed in spectacular fashion by The Eagles, who opened with ‘Hotel California’ and went on to perform a 90-minute hit-laden set, which also included ‘Take It Easy’ and Don Henley’s ‘Boys of Summer’.

Today (02.07.11) sees performances from Morrissey, Iggy and the Stooges, Lou Reed and Patti Smith, while Prince closes proceedings tomorrow (02.07.11) in his only UK appearance this year.