Beyonce Knowles has been confirmed to perform at the MTV Video Music Awards (VMAs) on Sunday (24.08.11). 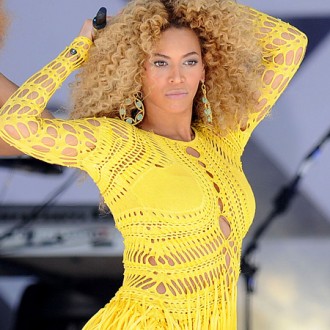 Beyonce Knowles will perform at the MTV Video Music Awards (VMAs) on Sunday (24.08.11).

The ‘Run The World (Girls)’ singer – who is up for three trophies – will appear at the event, held at the Nokia Theatre in Los Angeles, alongside stars including Lady Gaga, Adele, Bruno Mars, Lil Wayne, Chris Brown, Pitbull and Ne-Yo.

Executive producer of the show, Amy Doyle, said: “We are thrilled to have Beyonce return to her rightful musical home at the 2011 MTV Video Music Awards.

“Her performances at the VMAs are legendary – leaving everyone breathless and talking for days. We can’t wait to see her set the stage on fire once again!”

Beyonce has taken home nine VMA awards in previous years and last performed in 2009 where she gave a show stopping rendition of her track ‘Single Ladies (Put a Ring on It)’.

The VMAs will also reportedly feature two tributes, one a retrospective of Britney Spears’ career, the other a posthumous celebration of Amy Winehouse’s life, after she tragically passed away suddenly on July 23. This will be led by Tony Bennett, who collaborated with her shortly before she died.