Basement Jaxx are thinking of making a Jamaican themed track, to reflect on the band's early influences. 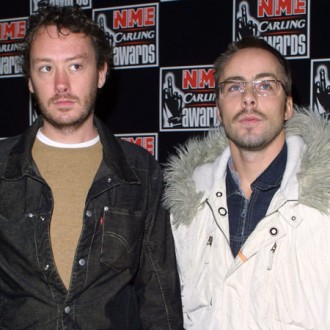 Basement Jaxx are thinking of making a Jamaican themed track.

The ‘Raindrops’ group are DJing at the Smirnoff Nightlife Exchange project in London later this month – which sees London swap its usual nightlife for a typical night’s partying Jamaica-style – and the group’s Simon Ratcliffe reckons it could inspire them to do a song with a Caribbean flavour for their next album.

He exclusively told BANG Showbiz: “If someone comes along with voice and attitude that gets you going it would be interesting if we could do something. We had ‘Jump N’ Shout’, that was probably our take on mixing our world with Jamaica, with MC Slarta John on it, but that was 12 years ago!

“So if we were to do something in that vain, we’d have to do it in a very different way, but yeah, it’d definitely be interesting, it would make a lot of sense for us to do something like that again.”

Simon – who makes up the band with Felix Buxton – admits while he has never been to Jamaica, he grew up with the country’s spirit in South London, and it informed the dance group’s early sound.

He added: “I think almost any English music is influenced by Jamaican music one way or another, and some of the first music I have listened to when I was in my teens – I got into Yellowman and Daniel Wells and the 80s MCs then discovered the 70s stuff, the classic reggae, the soundsystems – which are very British really, they obviously have their birthplace in Jamaica, but they have a very British take on it, which I’ve been a big fan off.

“When we started, Felix and I, just because of where the studio was, Camberwell and Brixton, Jamaica culture pervaded so you can hear that in our music.”

Basement Jaxx are part of the line up who will be performing at the Smirnoff Nightlife Exchange Project at Alexandra Palace on 12th November 2011. To find out more www.facebook.com/SmirnoffGB