Avril Lavigne isn't sure if she will be able to play her favourite new song, 'Goodbye', when goes on tour. 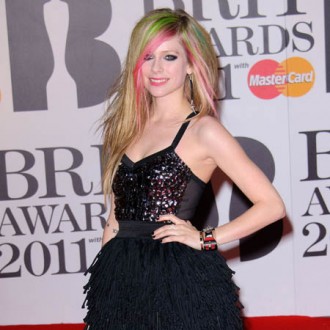 Avril Lavigne doesn’t think she will be able to perform her favourite new song live.

The 26-year-old singer loves the track ‘Goodbye’ on her new LP ‘Goodbye Lullaby’ but she isn’t sure doesn’t know if the “emotional” ballad will fit her set list when she tours the record.

She said: “I’m really looking forward to performing my song ‘Push’. My favourite song on the record is ‘Goodbye’, it’s the last song but I don’t know if I’m going to be performing it but I really like the song I wrote called ‘Push’ and I’m hoping that the record company will make it a single.

“If you haven’t heard ‘Goodbye’, get your tissues ready.”

Avril feels as though she has grown as a musician on the album, which has a more stripped-back, simple sound.

The ‘What the Hell’ hitmaker – who is currently dating ‘The Hills’ hunk Brody Jenner – explained: “I always write from personal experience but the inspiration for this album production-wise is I really like singing acoustic and to the piano and acoustic guitar, just how that feels.

“A lot of my songs have been very produced, I’ve been rocking out and on stage doing that whole thing so it was nice to just strip down and just play a guitar – that was kind of the inspiration.”