The hits and misses of the 2007 Juno nominees 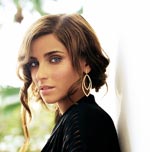 K-os, Billy Talent and Nelly Furtado lead the pack at the 2007 JUNO Awards with five nominations a piece for the April 1st ceremony in Saskatoon, but there are some other stand-outs, both impressive and confusing.

Singer-rapper k-os, whose real name is Kevin Brereton, should be proud of his Producer of the Year nomination, alongside such heavyweights as Bob Rock (The Tragically Hip) and David Foster (Josh Groban). The fact he isn’t in the Rap Recording of the Year category also shows how sales and some genre-mixing sometimes elevate an artist into the “pop” category — “pop” meaning “popular.”

The songwriter category is another nomination that artists seem to appreciate getting. This year, it would be nice if little-known recording artist Gordie Sampson takes the award for his song “Jesus, Take The Wheel” recorded by former American Idol contestant and recent Grammy winner Carrie Underwood.

Other categories, which are voted on by a jury comprised of “specialists” in that area of music, should make artists such as Kellylee Evans proud. The independent jazz singer scored a nomination for Vocal Jazz Album of the Year and will duke it out with, well, Diana Krall. So if she doesn’t win, it’s an absolute honour that she was picked.

The New Artist of the Year category is a bit of a puzzle. Firstly, out of all the new artists signed and released by indie and major labels, two Canadian Idols, Eva Avila and Melissa O’Neil, make the list of five. So why is that?

Firstly, according to the Canadian Academy of Recordings Arts & Sciences, the organization which presents the JUNO Awards, the final list for that category is determined by a combination of sales and voting by a panel of 10 industry experts. These Idols certainly do sell well in Canada, almost always going gold (according to Nielsen SoundScan Canada, Avila has scanned just over 55,000 and O’Neil just over 60,000), but the artistic merit is debatable, when they are spoon-fed songs to rapidly record and rush release. Surely there are two other more deserving new artists from the past year that should be honoured, but again, it’s the sales that get them there.

Still, how do two Idols from different years end up in “new” artist? O’Neil’s album was released on November 22, 2005 which is during the eligibility period
(Sept 1, 2005 – Nov 15, 2006) for that category, says a publicist for CARAS.
New Group is also determined by the same criteria as New Artist, but the results are very different. Nominees are Evans Blue, Idle Sons, Jets Overhead, Mobile, and Stabilo. To put it in perspective, according to Nielsen SoundScan figures, Jets Overhead has scanned just under 1500 copies, yes, 1500. Sales figures for the other acts aren’t much better. Swick has scanned just over 6000 and Idol Sons just under 7000. These are major label acts, so the majority of those nominees obviously made it to the list by the juried artistic merit debate. Scans for Mobile is over 40,000 and Stabilo over 30,000.

The categories that are purely sales-based and not this wishy–washy pick-and-choose “combination” of sales and merit are quite impressive. In the Artist of the Year category, Gregory Charles has scanned a whopping 270,000 copies to date. He is up against Diana Krall, Loreena McKennitt (just over 90,000), Nelly Furtado (just over 300,000) and Pierre Lapointe (just over 130,000). With these top sellers determined, the winner is voted upon by CARAS members.

So if artist of the year and album of the year are both sales-based, why wouldn’t they be the exact same five nominees? Up for best album are Billy Talent (just over 200,000) Gregory Charles, Hedley (just over 155,000), Nelly Furtado and Three Days Grace (just over 150,000).

A publicist for CARAS explains that “Album of the Year is based on sales of one album; Artist of the Year is based on any product sales (i.e. album, single, EP, etc) that an artist has released within the eligibility period.” So that might explain why Krall is on there. Nielsen SoundScan reports scans of her Christman album from Oct. 2005 is just over 240,000 and her new album, From This Moment on, at over 135,000.

Still doesn’t explain why Billy Talent, Hedley and 3DG, whose sales top McKennitt and Lapointe, wouldn’t be in Artist of the Year, except perhaps if CARAS considers “artist” an individual, and not a collective ie. a band.

Confused? Well maybe it’s just best to accept the list and wish them all luck. You can never can please everyone!