We find out what it's really like to work with the Canadian actor. 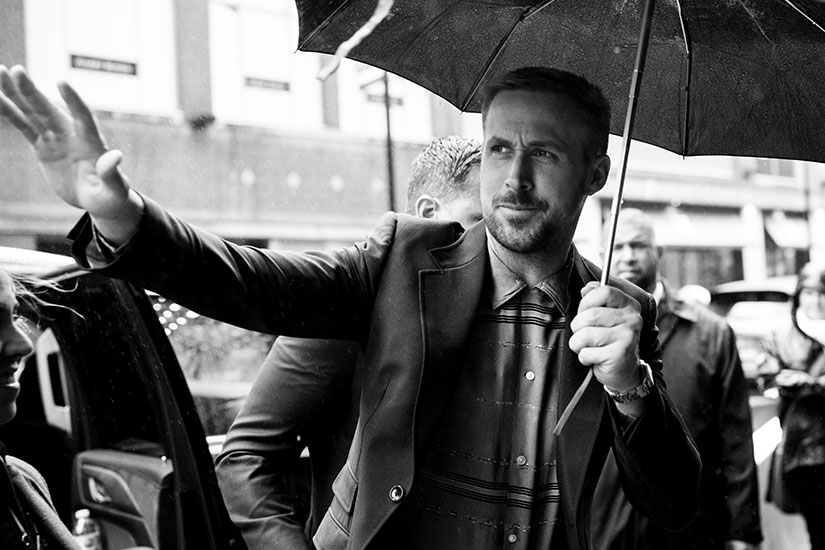 No one brings the TIFF crowds like Ryan Gosling. Case in point: Instead of finding their seats (much to the dismay of festival volunteers), movie-goers filled the halls at Elgin Theatre just to get a glimpse of the actor at the First Man Canadian red carpet.

But while fans gathered behind the red carpet line, we spoke to one of Gosling’s co-stars about what working with the London, Ontario native was really like.

“Ryan’s a great, great guy. He’s got a great sense of humour and he’s a very kind person,” Brian d’Arcy James, who plays astronaut Joseph A. Walker, told us. “I find Ryan to be extremely focused, extremely diligent and compelling as a person who’s creating a character, as actors do. It was very interesting to see him do that.”

First Man tells the story of Neil Armstrong and the journey to moon landing in 1969 and also stars Claire Foy, as Armstrong’s first wife Janet, and Kyle Chandler, as NASA chief astronaut Deke Slayton. It was directed by Oscar-winner Damien Chazelle, who previously worked with Gosling on La La Land.

Because one Gosling encounter a day is never enough, we headed to the First Man after-party at Patria restaurant, hosted by Nespresso and Audi. Gosling chilled out in a booth in the back with his co-stars…and a surprise guest: Prime Minister Justin Trudeau. JT himself had attended the Women in the World summit earlier that day, but couldn’t resist hanging with another national treasure.