The Must-See Rom-Com of the Fall is Canadian 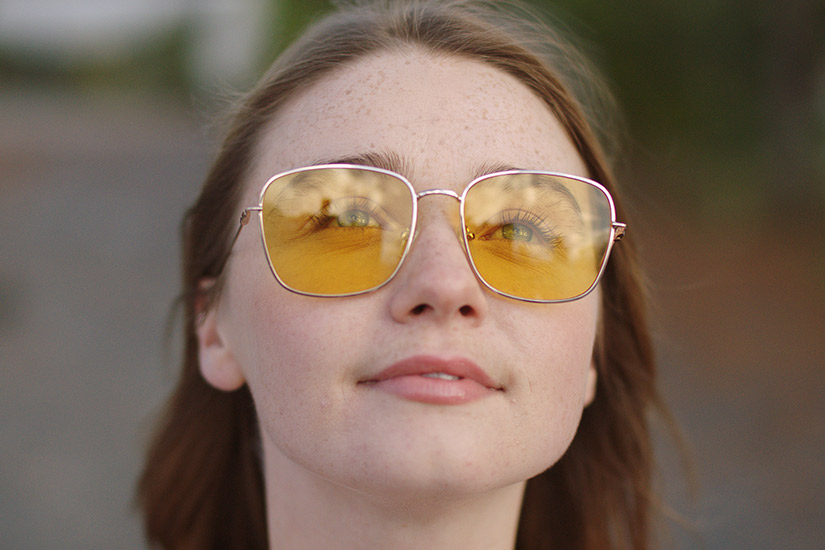 Canadian Carly Stone landed her first feature-length film because… she was eavesdropping? Let us explain. A few years ago, the writer—who has also worked on CBC sitcom Kim’s Convenience—overheard a conversation between her filmmaker brother, his husband and producer Kyle Mann. Mann had recently read an article about sugar babies—people who enter romantic relationships in exchange for something else, be it money, gifts or other financial benefits—and wanted to make a comedy about them. Intrigued by the idea, Stone spoke up and put her name in the running. “It was a premise I knew I could at least try and pull off. It’s a college-set, female-driven comedy. I lived it and could pull from personal experience. It was an inspiring landscape,” Stone, now 28, says.

The result: The New Romantic (out in select theatres Friday), part rom-com, part coming-of-age story following Blake (The End of the F***ing World’s Jessica Barden), a young woman who writes a sex column for her school’s paper. There’s just one problem: her sex—and romantic—life is pretty much non-existent. When she meets a fellow student (Riverdale’s Camila Mendes) who’s a sugarbaby, Blake enters a transactional relationship of her own with a wealthy professor (Timm Sharp) to get material for her column.

The movie is also Stone’s directorial debut. “I didn’t want to hand off my story,” she explains. “If I didn’t feel like I could execute it, I would’ve handed it off. But I didn’t know who else should do this besides me.”

Working in film and TV wasn’t always the plan for Stone. She grew up writing, but always figured she’d end up being a novelist—though she now admits she wasn’t very good at it. It wasn’t until Tim Long, a producer for The Simpsons, gave a talk to her comedy-writing class at Western University that she realized that she could write for the screen.

Stone never thought about directing, either. The most difficult part once it was time to get the job done, however? “Trusting myself,” she says. “I was in charge of 40 or 50 people, and if I said something should be a certain way, everyone would listen. Just committing to my own thoughts without letting people know that I wasn’t totally sure was challenging.” It helped, Stone adds, that most of her cast—which includes fellow Canadians Hayley Law (Riverdale), Brett Dier (Jane the Virgin) and Avan Jogia (Twisted)—are around her age, bringing a super friendly vibe to set.

Now, Stone is eager to get back behind the camera. She’s already working up on a followup to The New Romantic—which won her best first feature at South by Southwest earlier this year—a mother-daughter coming-of-age movie set in the competitive-dance world. For now, she’s ready for the non-festival-going audience to finally see her debut and to get more women on screen. “My husband can flick through the TV and watch anything that comes on, because most things are about a guy,” Stone says. “At SXSW, a lot of young women came up to me to tell me how excited they were to watch a movie like [The New Romantic]. It’s exciting to be responsible for doing that.”