Everything Coming to Netflix Canada in February 2022 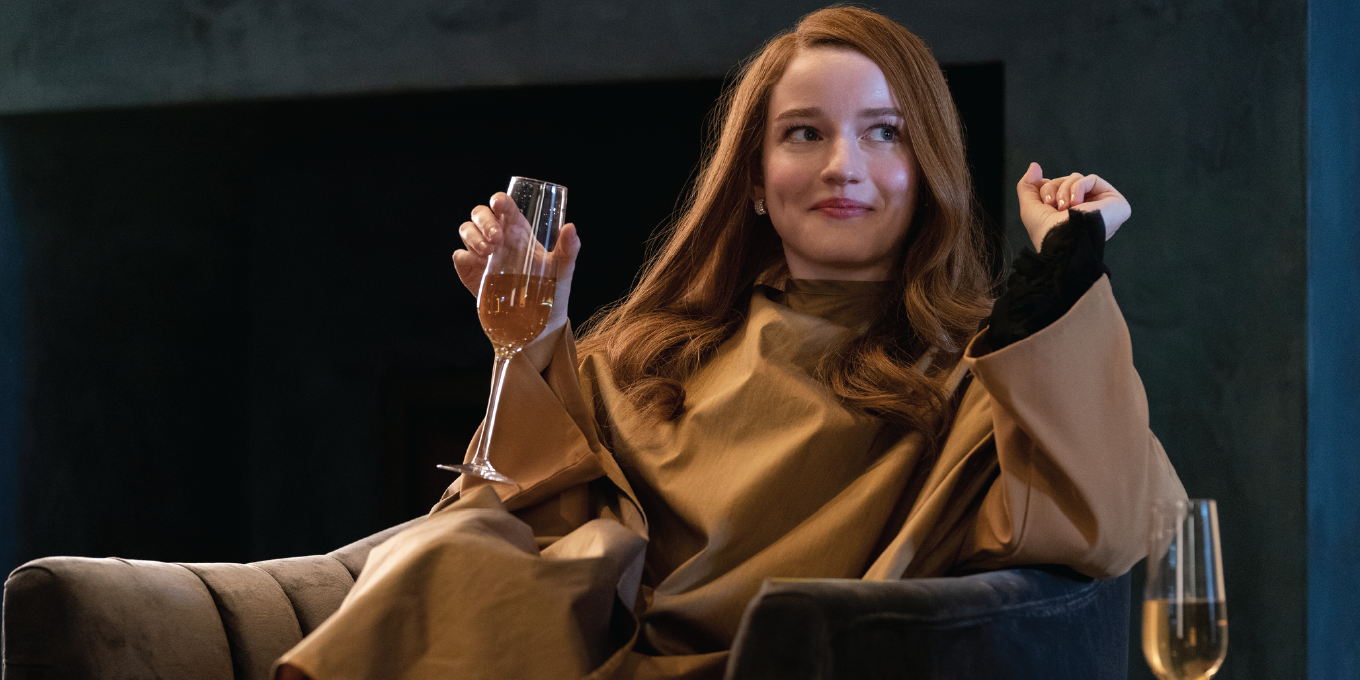 It’s impossible to keep up with the hours and hours worth of shows and movies that premiere every week. Here, we highlight the new titles arriving on Netflix Canada this February to help you decide what to watch.

Did you know that Michael B. Jordan is an executive producer (and guest star) on a show that blends the superhero genre with the heart of a family drama? If not, you’re welcome for that news. That show is Raising Dion, which follows widowed mom Nicole (Alisha Wainwright) whose son Dion (Ja’Siah Young) begins to manifest superhero-esque powers. Two years after defeating an evil foe, Dion has grown stronger—only to realize a new danger is much closer than anyone realizes.

I dare you to watch Julia Roberts as a whip-smart, righteous crusader in Steven Soderbergh’s acclaimed 2000 biopic Erin Brokovich and not walk away feeling emboldened and ready to take on anything that comes your way. There’s a reason the star won an Oscar for her performance in the film—which tells the story of the IRL woman who fought against a major energy corporation for contaminating water in Hinkley, California—after all. Watch (or rewatch) it for a confidence boost, or just because you like good movies.

I am a big supporter of the professional endeavours of Bradley Cooper, which is easier to do when they’re something like, say, the glorious sobfest that is A Star Is Born and less like the wish-I-could-forget-about-it All About Steve. And while I maybe wouldn’t go so far as to call 2011’s Limitless—about a struggling writer who starts using NZT-48, a drug that enables him to fully use his brain and change his life—a masterpiece, it is a fun, inventive sci-fi thriller that holds up pretty well. You can always count on this flick for a good time.

If the very idea of improv gives you secondhand embarrassment, you may want to skip Murderville. The new comedy series stars Will Arnett as Terry Seattle, a sort-of troubled detective who has a new case to solve every day. But every time he also gets a new case, he gets a new partner—a partner who also happens to be a celebrity. The twist? The celeb guest stars (including Annie Murphy, Sharon Stone and Kumail Nanjiani) don’t have a script, and will have to solve the episode’s mystery while improvising their way through the day. Good luck to them.

If you became obsessed with Love Is Blind, the reality series in which singles “date” without ever looking at each other, when it first debuted back in 2020, you’re in luck. Love Is Blind: Japan transports that exact concept to Japan, getting together a group of marriage-minded people to look for love from their own little pods. New episodes release weekly, so you’ll be occupied for a while.

Oh, and if an international spin off isn’t enough for you, the OG Love Is Blind is finally back for its second season this month, too. Hosts (and IRL couple) Nick and Vanessa Lachey are also returning to help guide the newest batch of contestants.

The Farewell was one of the best movies of 2019, so I am always on a quest to get more people to watch it. Inspired by writer-director’s Lulu Wang’s real life, the moving dramedy follows Billi (Awkwafina), a Chinese-American writer who travels to China with her family after learning her beloved grandmother (Zhao Shu-zhen) is terminally ill. But when the family decides not to tell their grandmother about her diagnosis, Billi must juggle her guilt while also preparing to say goodbye. Keep the Kleenex handy, because you will cry.

TV obsessives have been anticipating Shonda Rhimes’ Inventing Anna since pretty much the moment it was announced. The excitement is earned, to be honest: not only is it Rhimes’ first time showrunning since Scandal went off the air, it’s also about Anna Delvey, the NYC scammer who convinced the city’s most elite circles that she was a German heiress whose story went viral in a 2018 New York magazine profile. Ozark fave Julia Garner stars as Delvey, and you won’t be able to look away from her.

There are certain jobs—trailer editor, bookshop owner, architect, etc.—that seem to only exist in romcoms (please don’t actually test my theory on this), and national meteorology agency employees would fit into this group perfectly. That’s exactly where the characters in new K-drama Forecasting Love and Weather work, to the delight of genre lovers everywhere, where they’ll have to weather storms of nature and of matters of the heart.

Sorry, Disney, Hilary Duff’s Sam Montgomery is the Cinderella who owned my youth, so A Cinderella Story finally arriving on Netflix Canada is a huge deal for me, personally. A modern spin on the classic fairy tale, the early-aughts flick follows Sam as she works at her family’s diner run by her greedy stepmother (Jennifer Coolidge). Sam doesn’t really fit in anywhere, but has found a confidante in an anonymous pen pal who—plot twist!—ends up being the most popular boy in school (Chad Michael Murray). As another iconic Hilary Duff character once said….er, sang, “Hey now, hey now, this is what dreams are made of.”

Everything Else Coming to Netflix Canada in February 2022

Employee of the Month

From Prada to Nada

Through My Window (Netflix Film)

Into the Wind (Netflix Film)

Until Life Do Us Part (Netflix Series)

Devotion, a Story of Love and Desire (Netflix Series)

Forgive Us Our Trespasses (Netflix Film)

Back to 15 (Netflix Series)

Vicky and Her Mystery

Everything Leaving Netflix This Month

Read more:
Everything Coming to Netflix Canada in January 2022
The 10 Most Anticipated Netflix Films and TV Shows in 2022
These Are the Best TV Shows of 2021