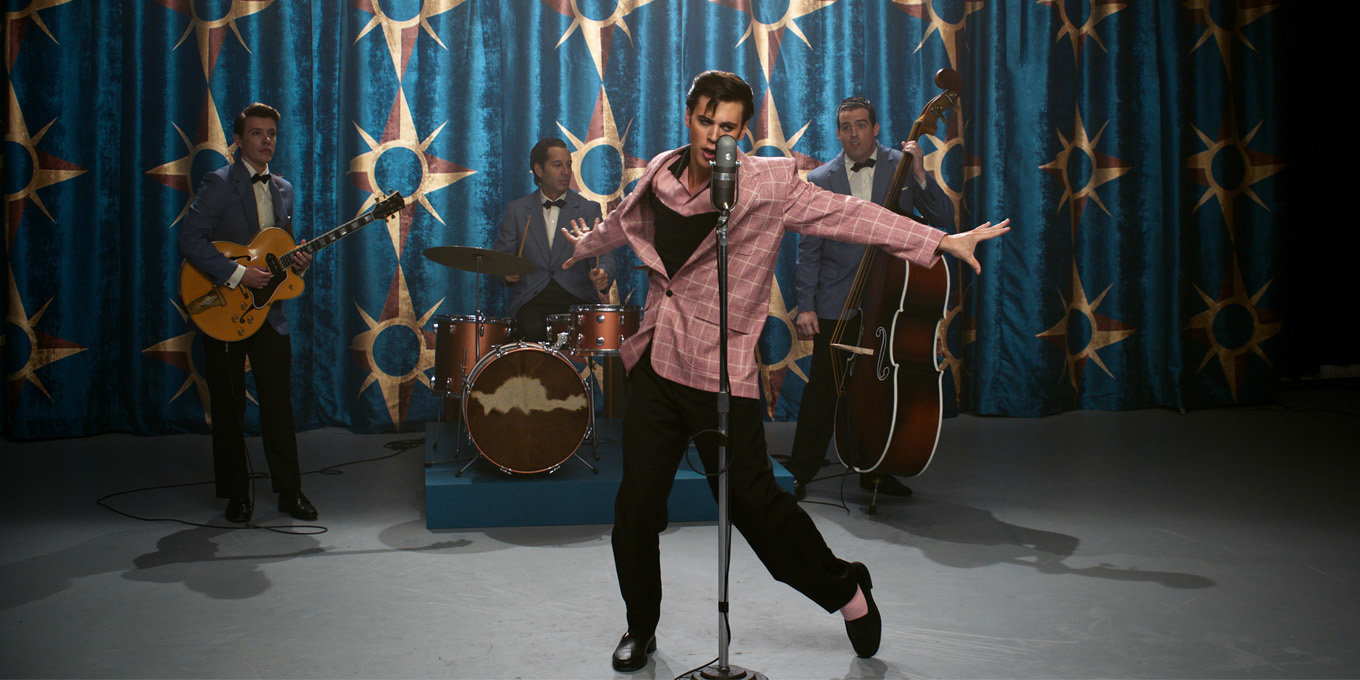 The latest cinematic biopic, ELVIS, directed by the renowned Baz Luhrmann, and starring Austin Butler comes out this Friday, June 24. The film explores the life of the iconic rockstar himself, Elvis Presley. Combined with storylines of the complex relationship he had with his former manager “Tom Parker,” with an even more compelling set of events that shaped the king to become who he was. The film is set to give you the right amount of nostalgia, emotion, and awareness of how much black music contributed to most of Presley’s sound and performances.

We chat with Austin Butler to discuss how he prepared himself for the role of a lifetime. He tells us what his favourite number to perform was and what truly pushed him to pursue the role. He shares how much it meant to him to have even been picked to play Presley, and what it was like to work with Oscar-winner Tom Hanks.

What was it about this film that pushed you to pursue this role?

It was the fascination behind this icon, this guy. I mean, some people go to his house in Tupelo, and they kiss the floor where he was born. That’s being held up to nearly godlike status. Then you have others who think of him as this caricature or the wallpaper of society. Yet, behind all that, he didn’t just come out of nowhere. So, it was this endless curiosity about who is he really? You know, what does his soul feel like? What did it feel like to look out of his eyes? It was very complex. Also, it was simply a challenge of it. I know it’d be the most challenging thing I could ever imagine. So, it was a no-brainer as far as pursuing. I just can’t believe I was actually given the opportunity to do it.

What did you like the most about working with Tom Hanks?

He’s the greatest. He is such a great leader on set. He really brings such great morale and excitement (for acting) that he still has so much passion. He’s been doing this so long that he’s become a master of what he does you know? There are moments where he brings something that I wasn’t expecting in a scene or a moment that you think would be really big. But he’d just be so simple (with it). You just see it all in his eyes. He would do something large while constantly playing, and it was really fun to watch. He just was such a great guy to be around.

How did you prepare your body physically to take on Elvis?

I did many things. I had a great movement coach named Polly Bennett, who I worked with a lot. We did everything from tap dancing, to swing dancing, and studied all the inspirations that Elvis had. Watching hours of Little Richard move and then move like him because Elvis was really a magpie. He soaked up so much inspiration from everything around him. He just loved when the music could move him. So, he was always surrounding himself with people and particularly, black musicians that felt the soul of the music. I also had a physical trainer. We would work on just being able to do prehab and rehab on my knees and everything. Your hips have to be pretty agile, and we did a lot of those things. I also had a karate instructor that I worked with every day because Elvis loved karate. So, there are all these things I did but it was all about just finding what he felt that made him move in that way.

Given you’ve had a lot of time to get to know Elvis on a deeper scale, what’s an interesting fact about him do you think the rest of us wouldn’t necessarily have known?

The fact that he was dirt poor from the moment he came out of the womb. I’ve been to that little house and there’s no running water. There’s no toilet inside. I mean, that’s the way he was born. It was just a two-bedroom middle shotgun shack. And he had a twin brother. This is the thing that I didn’t know when I first started working on it. The fact that his twin brother was stillborn and comes out first. His mother’s experiencing the most grief she’s ever felt and suddenly goes into labour and here comes a miracle that is Elvis. We also don’t have Elvis without black music and black culture. From the way he sings, and moves, to the way he dresses, I think that’s such an important thing too.

What was your favourite song to perform in the movie?

That’s really hard. But the very first performance I did was really magical for me. I had a year and a half to prepare. So, it was his comeback in 1968, and I’m walking out with the black leather, doing one of the most iconic performances of Rock ‘n’ Roll history. I was terrified. Nearly paralyzed with fear before I walked out. I felt like my life was on the line. I felt like my career is on the line. It’s extreme. I felt this really deep fear of failure. But then, when I was in my dressing room, having these emotions inside of me merged with the fact that in Elvis’ life, this was also when he hadn’t played music in so many years. He sort of felt the same things I felt. So, that energy starts merging and you channel it. The moment I felt the music and felt the audience. I saw the genuine emotion and looked down to see the leather on my arm and the rings on my fingers while I’m holding the guitar. It was all identical to the way it looked. It was a completely out-of-body experience. It was really remarkable. I loved doing every performance, but that was a monumental time for me.

What did the black community mean to Elvis?

The black community was his sanctuary. You know, I truly believe that. You know, the owner of Club Handy says that most nights Elvis would be the only white face you saw in there. That’s where Elvis went to recharge. So, I truly believe he felt the most at home when he would run home from school and listen to Sister Rosetta Tharpe. It was what stirred his soul. It’s what inspired him to feel that rapture of music in a gospel tent as a little boy. But I think there are also important moments in the film that highlight this disparity, injustice, and unfairness. Things that have happened in history. The times when the credit hasn’t been given where credit is due. I hope this also starts. This film also can create conversations around the fact and questions about how far we have come from those days. In what ways do we still need to grow? We just want to tell the true story of Elvis’ life, but I think it brings up so many things that are as precious. That is as powerful and important as today.