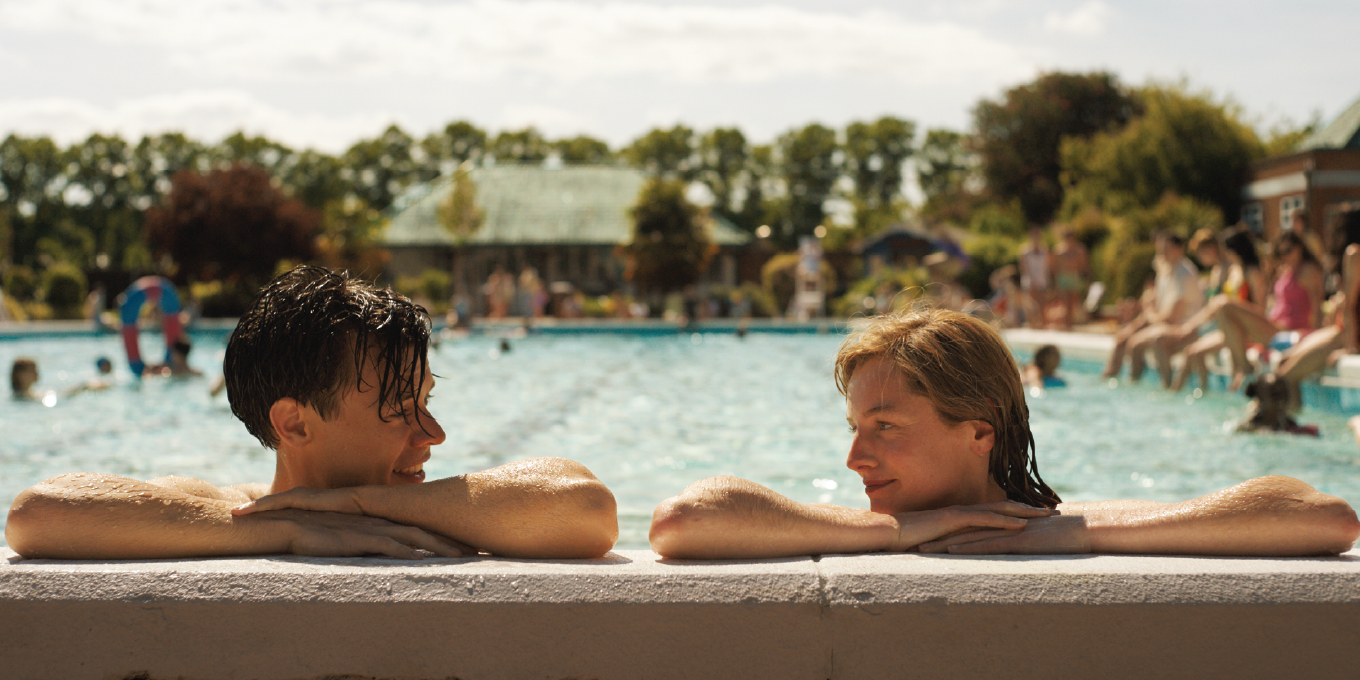 Harry Styles has a few hotly anticipated projects coming out soon, like his film with girlfriend Olivia Wilde, Don’t Worry Darling. He’s also starring in a new film by director Michael Grandage based on a book by Bethan Roberts called My Policeman. The story is set in the 1950s and it focuses on a love triangle between Tom, Styles’ character, and his two lovers: Marion and Patrick.

Here’s what we know about the film so far.

WHAT’S THE PLOT OF MY POLICEMAN?

In the book of the same name, My Policeman centres on Marion and Tom, who work as a school teacher and policeman, respectively. They meet in Brighton and fall in love, but then a man named Patrick moves to town. Patrick is a curator and he is grieving the death of his lover. He and Tom fall for one another, too, but in the 1950s in Brighton, homosexuality is illegal.

Apparently, things work out for all three of them for a while, but eventually jealousy rears its ugly and perhaps inevitable head. The next part of the story takes place about 40 years later after Tom and Marion have married and Patrick returns to see them again. His return has some serious consequences for the couple.

WHO IS IN THE FILM MY POLICEMAN?

The policeman of the title is played by Styles, and his wife Marion is played by Emma Corrin, who would be recognized by any fans of The Crown. David Dawson plays the museum curator who Tom loves. In the 1990s era of their story, Tom is played by Linus Roache, Marion by Gina McKee, and Patrick by Rupert Everett. Deadline reported in 2021 that that Kadiff Kirwan from Chewing Gum and The Stranger would be in the cast.

IS MY POLICEMAN BASED ON A TRUE STORY?

In a piece she wrote for The Guardian in 2012, Roberts said her book was inspired by true events, specifically the life of novelist E.M. Forster. Forster dated a policeman named Bob Buckingham. He was also friends with Buckingham’s wife, May.

“While living with May, Buckingham pledged his half days off, and other hours during the week, to Forster,” she wrote. “May, although jealous and often difficult, refused to listen when [warned] that Forster was about to break up her marriage. Perhaps she, like Buckingham, stood to gain from what Forster could offer: not only money (he often gave financial gifts), but also entrance into the life of the cultural elite.”

In the case of Forster and the couple, May was eventually his caretaker after he suffered a stroke.

ARE THERE IMAGES FROM MY POLICEMAN?

Yes! There are two stills released by Amazon at the moment, one in which Styles and Corrin as Tom and Marion enjoy a beautiful pool, another of the couple at a gallery with David Dawson as Patrick. 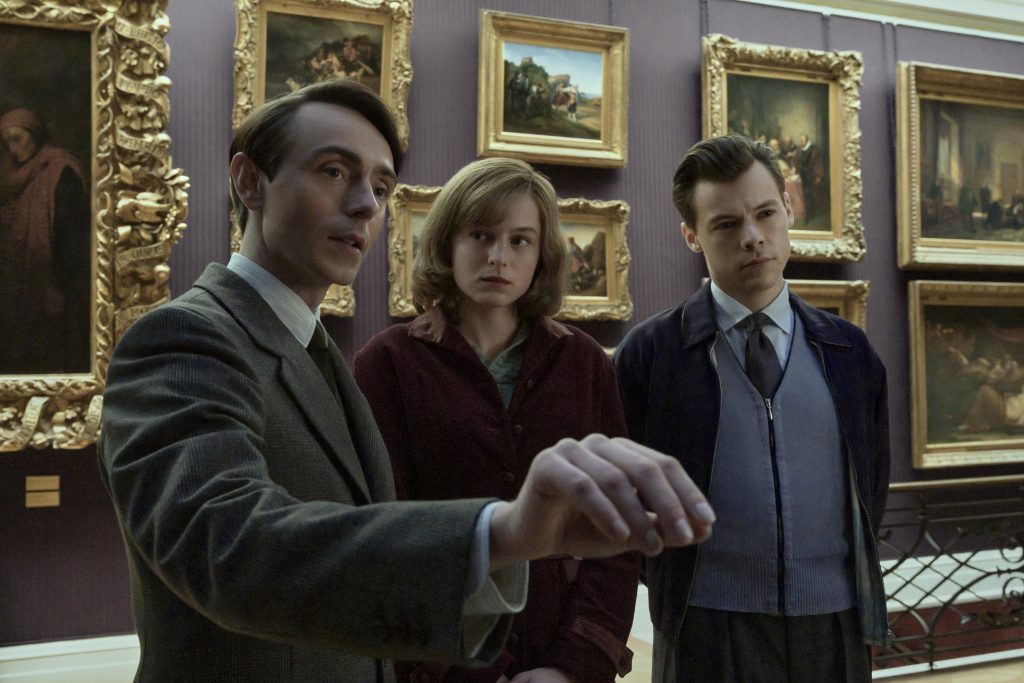 There was also this cute shot posted from Venice of their last day of filming.

WHEN WILL MY POLICEMAN BE RELEASED?

My Policeman will be available to stream on Prime Video on November 4 this year, but if you just can’t wait, you can see it in movie theatres starting October 21.

Read more:
The Conversations with Friends Cast Discuss the Complexity of Unconventional Relationships
Bridgerton‘s Kathryn Drysdale Is Having Her Moment
You Can Now Shop Harry Styles’ New Beauty Line, Pleasing