We search out some of the best indy CDs this month. 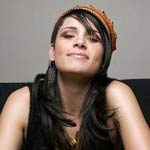 These Quebec natives haven’t even released a full-length album yet (they promise by September they will) and there is already the low rumblings of ‘something to watch out for’ on-line, on college radio and now on ellecanada.com. Lead man Charles F. leads the four piece collective on keys and vocals while being strongly backed up by Vincent Chalifour, Louis Fernandez and Patrick Sayers. Their first EP, Let Me Drive showcases a young band incorporating an amalgamation of harmonies, ambient sounds and ethereal beats coming together for a honey sweet musical journey. Title track ‘ Let Me Drive’ may be the best on the EP while ‘Piano for Hands’ mixes simple lyrics with fetching accord. I would be remiss if I also didn’t mention that these boys are incredibly cute. Charles F. may not know what’s in store for him as I predict there will be no lack of groupies vying for the attention of this French Canadian heartthrob.
Check them out on their MySpace page. EP, Let Me Drive is currently available on itunes. Give them a listen and let me know what you think.

This young Torontonian defies categorization as Zaki Ibrahim is embarking on her own quest in re-defining soul, hip-hop and electronica. It’s not complicated music, she just does it right. It’s hard to explain but all you have to do is listen to the music to understand. Her most recent EP Electica-Projects in Purple, showcases an eclectic mix of new soul music while never forgetting nostalgic R&B sounds making her uniquely Zaki. She’s opened up for Erika Badu (in my opinion, she was way better then Badu) Bedouin Soundclash and toured with The Roots, but she’s still a pretty hidden gem, albeit not for long. Incorporating African beats, electronica, soul and of course her captivating voice, Zaki Ibrahim has no doubt chosen the right career and it’s just a matter of time until this gem gets mined. Make sure you see her live before she fills stadiums because we all know, the more intimate, the better the show.
You can check out her MySpace page and when you do, be sure to listen to ‘Lost in You’. Singing in French, Zaki solidifies why she’s one of this months Hidden Gems.Shadrach Kabango (SHAD)
Ian Stanger
Blackbox Recordings

Shadrach Kabango, or more commonly Shad, is a force on the Canadian hip-hop scene. Hailing from London, ON this hip-hop chanteur has been all over CBC radio 3, had stints on Much Music’s New Music, toured the world and was just nominated for the prestigious Polaris Music Prize for his album, The Old Prince. Ok, so maybe he’s not so hidden but he is definitely a gem. This is a big one, but I’m going to give him a Kanye comparison. Shad is poetic, smart and overflowing with talent. Here’s something you don’t hear about hip hop everyday, Shad doesn’t curse. Well, maybe he does in his personal life but you’ll find nary a cuss in any Shad tracks. Intertwining rock, funk, strings, rhymes and interesting sampling (check out ‘Compromise’ and ‘Brother’), Shad has cracked the code in making quality hip hop. He’s simply not afraid to try anything. Check out his MySpace page at and let me know what you think.

This Los Angeles based 4-man collective make the kind of infectious pop rock that radio should really be eating alive. For the sake of comparisons, we’ll throw out a Matthew Sweet reference with a dash of The Ghandarvas (remember them?) for good measure.
With one critically acclaimed EP under their belt (The Dutchman’s Gold) and a full length released last year (I Can’t Go On, I’ll Go On) The Broken West have dived head first into the indie rock pool. Ross Flournoy (guitar, vocals) has a dreamy, unassuming voice supported by a band both energetic and heterogeneous. This is simply good music. Go to their myspace page and be sure to listen to ‘On the Bubble’ and ‘Down in the Valley’ and ‘Brass Ring’. They’re currently in the process of mastering their second album, Now Or Heaven and is set to be released by independent label Merge Records this September.

Thanks for participating in the maiden voyage of Ellecanada.com Hidden Gem’s month of music. Think you know something we don’t? Let me know at [email protected]. Until next time, go forth and make sweet melodies.