What Does Your Drink Order Say About You? Only Everything.

If I’ve learned anything, it’s to honour your inner spirit and not take yourself, or your drink order, too seriously. 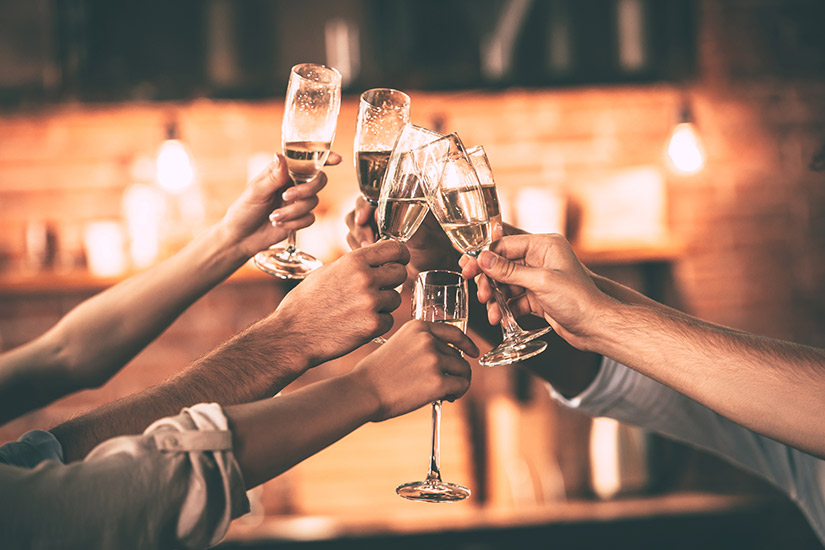 I sipped my first real drinks in a tiny Irish town when I was 17 and on a family winter holiday. Outside was damp and cold, but inside the pub it was warm and full of the blissful sounds of a crackling fire, laughter and clinking glasses. In keeping with stereotypes—that is, the sweeter the order, the less mature the palate—I skipped pints of Guinness in favour of Bulmers, a golden bubbly cider. Over the course of a three-week trip, my Irish cousins and I shared a dozen nights of singing, dancing and adventure while exploring various dance halls dotting the countryside. My face hurt from constantly smiling.

Back on this side of the Atlantic, I turned to what my peers were drinking—syrupy Mike’s Hard Lemonade and Smirnoff Ice. Years later, I’d look down on anyone who ordered a cooler, thinking they knew very little about taste or life. But at the time, I felt a heady sophistication (or maybe that was just the buzz—sugar or otherwise). Come university, vodka was my spirit of choice. It was the early 2000s, the era of Sex and the City and its cosmopolitan-sipping clique. I drank my own version—vodka, cran, soda and fresh lime. And even though I sipped from plastic cups in dorm rooms and campus pubs, every time I turned down keg beer, I felt like I was reaching toward a life far beyond the borders of my sleepy Southern Ontario university town—that I was on my way to becoming someone of my own making.

Unlike Carrie Bradshaw, I didn’t become a relationship columnist, but I did become a newspaper and, later, television reporter. By this point, I’d graduated to an after-work decompressor: a mix of ginger ale, soda, bitters and fresh lime over whisky. Amber spirits require an arduous distilling and aging process, therefore, whisky, I imagined, said thoughtful, measured, grown-up.

Were these all just part-time personas I was trying on? Was I just seeking a connection with others? Perhaps. Over the years, I’ve flirted with other lives, other drinks. I’ve compared flights of Californian reds in the Napa Valley (RHOBH styles) and tasted chilled limoncello in Amalfi, trying to channel the magnetism of Sophia Loren. I’ve tasted cognac from a cobweb-cloaked barrel in the cellar of a French château while imagining I was an heiress.

Somewhere along the way, I realized I didn’t want to—and don’t have to—be limited to one drink, one identity. I don’t have to be part of someone else’s crowd, order what someone else is ordering. These days, I run a real-estate business and I also write: razor-sharp negotiator one day, dreamy-eyed creative the next. My drink orders are just as paradoxical—from the oldest of whiskies to low-alcohol kale cocktails and, yes, even the occasional Smirnoff Ice. If I’ve learned anything, it’s to honour your inner spirit and not take yourself, or your drink order, too seriously.