How to Create a Meal Like a Michelin-Starred Chef

Chef Christophe Dufau gives us his tips for the perfect summer meal. 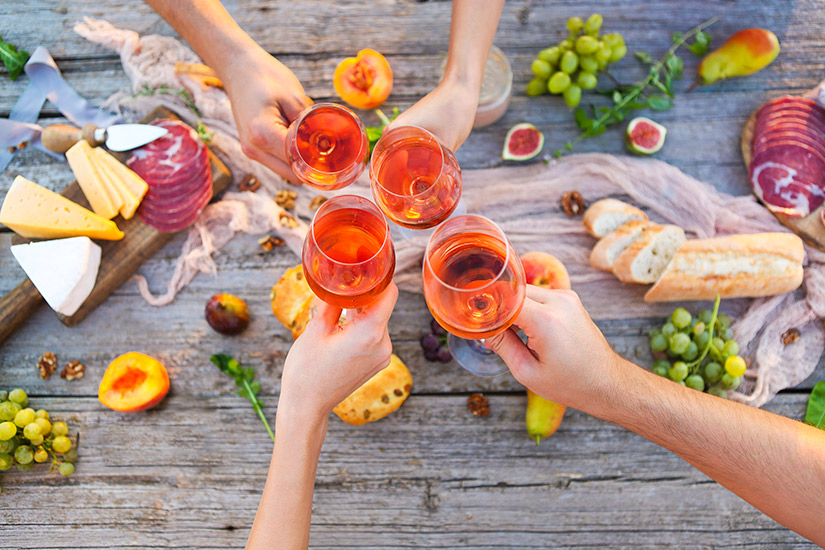 The thing about chatting with a renowned, Michelin-starred chef about food is that it can make you quite hungry. Add in the fact that I arrive about 20 minutes early for my interview with Christophe Dufau (of the famed Les Bacchanales, just outside of Nice)—just in time to see a small gathering finishing off a French Riviera-inspired lunch in Toronto cooked by the chef himself—I’m ravenous by the time we sit down together.

Dufau was in Toronto this summer for the Grey Goose Marché, a Côte D’Azur-themed market and al-fresco dining experience open to the public, which put the spotlight on fresh, seasonal and local ingredients. And what does one do when they some time with a world-renowned chef? Ask them for help, obviously. Here are some of Dufau’s tips for planning the perfect summer meal.

A post shared by Restaurant Les Bacchanales (@lesbacchanales_vence) on May 23, 2017 at 7:00am PDT

“I get inspiration from the [local] market, for sure. And vegetables—I like all of them, there’s no exception. Actually, it’s easy. Mix vegetables that are in the same season, they always work together. That gives me the line to follow and then I add the protein in after that.”

On navigating the local markets

“The best tip—and I don’t have a lot—is to just choose the vegetables that are in season. Don’t look at something that comes from Peru or the South of France if you are in Canada, just look at the local produce. And before you go into the market, don’t think, “Oh, I’m going to find some zucchini,” because then you will not see the artichokes or the tomatoes because your eyes are just looking for zucchini. There are things you might miss.”

On his fave summer ingredients

“I like tomatoes in the summer, but that’s late summer. I like raw food in the summer, of course. I like green almonds, they’re a very nice dark green on the shell, then you have a very white, soft, nutty almond. I love to use them with fresh zucchini and zucchini flowers.”

On his cooking must-haves

“Lemon. And olive oil. Olive oil is typical for us, it’s makes the identity for food from Provence. We don’t have cows in Provence, so we don’t have much butter, so we don’t use it. But we have a lot of nice olive trees, so that’s what we use. And then lemon is particularly powerful in Provence. A squeeze of lemon at the end of a sauce changes everything.”

“I don’t pay attention to them, actually. After so many years, I’ve found out that when you have an idea, you’re not the only one who gets that idea at the same time. It’s happened many times in my career, having an idea and then finding the same idea in other chefs. That’s how it is.”