Also: What excites her about the world in the next decade and a half 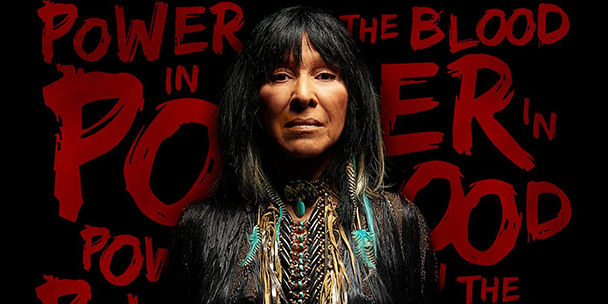 When Buffy Sainte-Marie’s Power in the Blood won the Polaris Music Prize last year, it felt like fitting (finally!) recognition for a barrier-busting artist who has spent more than five decades forging her own path to success—a path that took her from a Saskatchewan reserve to singing with Joni Mitchell and Leonard Cohen, penning an Oscar-winning track (a little ditty called “Up Where We Belong”), acting opposite Pierce Brosnan (with a detour to Sesame Street along the way) and a lifetime of advocating for the rights of indigenous peoples.

What’s your number one piece of advice for 15-year-olds today?
“I’d ask them about their dreams and tell them that the world isn’t only what’s advertised out there; it’s much better, but you have to create a lot of it inside as you go or it won’t happen. Your life is yours to protect and project, so don’t wait around for somebody else’s magic wand: Pick up your own and start waving.”

What were the most defining 15 minutes of your life?
“The first time I played with a piano and found out I could do it—without lessons! Natural music became my everything in a neighbourhood where I was told that (1) Indians no longer exist, (2) babies are fed with formula and (3) music is something you learn in music class, which I always flunked because I’m dyslexic. Because I loved that piano so much, I learned that some of what people tell you might be true for them but 100-percent false for you. Nobody knows what you can do until you do it.”

What excites you when you think about the world in 15 years’ time?
“Everybody is going to be 15 years’ more evolved, no matter where each is starting from now—not only technology (more connectivity, more transparency, more input from everybody) but also each of us will be 15 years’ smarter, riper and more experienced.”

What worries you when you think about the world in 15 years’ time?
“The residue of today’s racketeers; the current expansion of sensationalism, greed and power. Money isn’t everything, but that’s what we’re teaching one another—and not only in MBA programs. We need a counter­weight in the home, in education and in the spiritual realm of people’s common-sense heart truth.”

What have you learned over the past 15 years?
“I reconfirmed my understanding of flexibility. I realized that I would have to go back on the road in order to support my own non-profit, which is how I started anyway. Among the squawks of advertising and canned values telling us to buy into war and greed, a girl can still hear her own song.”

What would your 15-year-old self think of you today?
“If pitiful 15-year-old me could experience my today, she would see light at the end of a dark tunnel and be very, very happy.”