You made it to Wednesday! Here’s what you missed overnight. 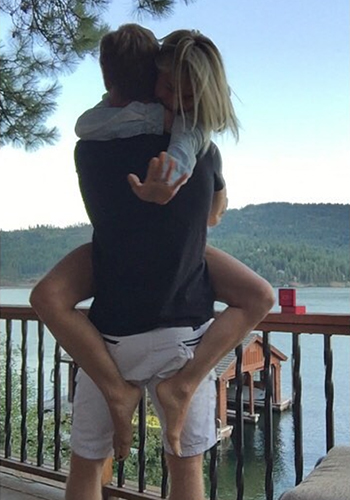 Julianne Hough engaged
Of course this Dancing With the Stars judge announced her engagement with an Instagram of her leaping into her new fiancé’s arms. Hough, 27, is engaged to NHL player Brooks Laich. The pair have been dating for two years. Congrats! Might we suggest a little wedding dress inspo from some of your fellow celebs?

Rosie O’Donnell’s daughter found safe
There are happy developments in the case of this comedian’s daughter’s disappearance. As you’ll recall, Rosie took to Twitter Tuesday asking for any information about her 17 year old daughter, who had been missing since Sunday, and suffers from mental illness. Late yesterday, she was found safe.

Karl Lagerfeld designer joining Abercrombie and Fitch
Gone are the shirtless models, and in, apparently, is Karl Lagerfeld’s denim designer. Kristina Ssasz is joining the beleaguered retailer as head of women’s design, all part of a brand makeover that (fingers crossed) is less heavily fragranced stores, and more high fashion essentials. But will it include a mom skirt, we wonder?

Drew Barrymore, Robert Redford, Cate Blanchett to be at TIFF
As the Toronto International Film Festival draws near, the above stars are joining an already seriously stellar line up of A list talent (hey Benedict!) slated to front films at this year’s fest. But before the fun really begins in September, how about a walk down last year’s red carpet memory lane?

Pack your bags, Sagittarius!
You may be travelling at last minute notice, people of the bow. What does tomorrow hold for the other signs?

Kate Middleton is not the most stylish princess anymore

The most memorable celebrity wedding dresses

How to style the mom skirt