ELLE First: Caitlyn Jenner joins the cast of Orange is the New Black; plus the Fresh Prince of Bel-Air reboot

Get weekend ready with the latest celebrity news. 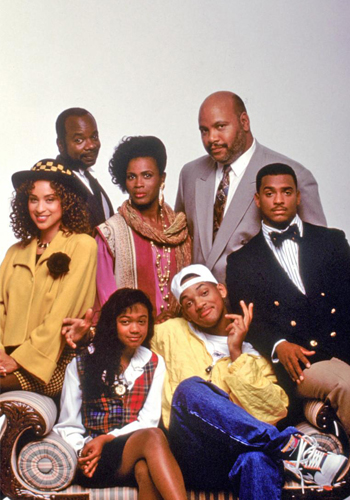 Caitlyn Jenner’s new TV gig
It was reported yesterday that Caitlyn Jenner is in talks to join the cast of Netflix’s original series and runaway hit, Orange is the New Black. Jenner met cast member, and fellow transgender advocate Laverne Cox at the I Am Cait premiere and Cox thought Jenner would be a great addition to the series. Producers are currently in talks with Jenner but no word yet on how many episodes and what kind of character she’d play… but we have to agree with Cox that she’d be a great addition to the OITNB girl squad!

Another 90’s reboot
With a slew of 90’s TV shows returning next year (The X-Files, Coach, Full House, Twin Peaks), it seems like Will Smith felt a little left out: Smith’s show The Fresh Prince of Bel-Air was one of the most iconic TV shows of the decade. (If you grew up in the 90’s you probably still have the theme song stuck in your head.) Smith recently partnered with Overbrook Entertainment and is currently working on a reboot as a producer…sooooo get ready for a lot of acid wash jeans, funky fresh shirts and an updated version of The Cartlon Dance!

NBC better have her money
It was recently announced that Rihanna will be joining the cast of NBC’s The Voice this season as one of the show’s “key advisers.” Previous advisers have included Taylor Swift and Chris Martin of Coldplay. Advisors help mentor contestants during one-on-one showdowns and help the coaches — Gwen Stefani, Pharrell Williams, Blake Shelton and Adam Levine — choose their teams. You can watch Bad Girl Riri in action starting September 9th.

Toast to the weekend!
What does Jay Z’s new champagne “Ace of Spades” taste like? Who knows. But what we do know is that it costs $760 per bottle (or $125 per glass) and Beyonce doesn’t drink it – she bathes in it (well she did in the music video for “Feeling Myself”). Working with Armand de Brignac champagne company (which Jay Z purchased back in November), “Ace of Spades” will launch in October and comes packaged in a black and gold bottle with a huge black spade.

READ MORE:
The Australian bloggers you need to follow
The end of cookie-cutter beauty
What to pack for a beach getaway