Zoey Deutch has a thing for Drake

And more things we learned about the charming star of Before I Fall. 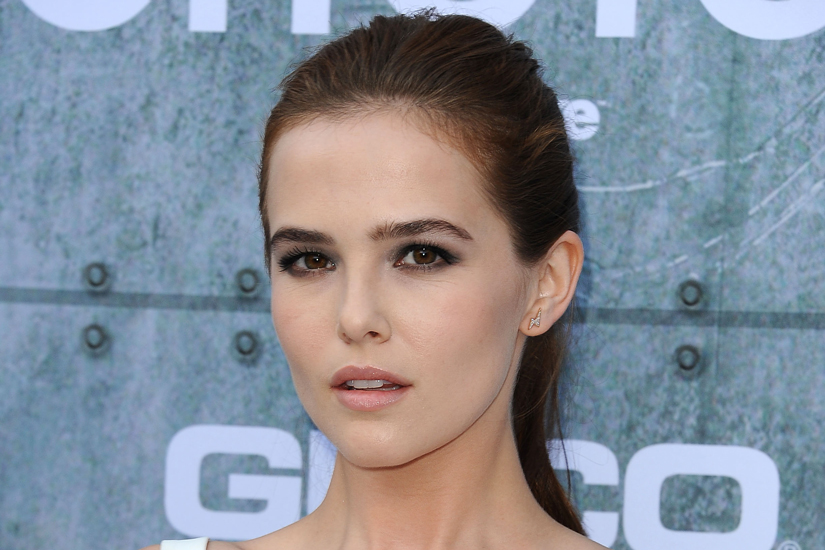 Zoey Deutch is surprisingly perky for someone who is in the middle of a gruelling Toronto press day for her new movie, Before I Fall, (in theatres March 3) But, as I quickly learn during our phone convo, that’s her default setting.

She’s kind and complimentary (she loves Toronto, loves the warm weather streak we’ve been having, loves ELLE Canada, etc.) and hilarious (we’re on speaker phone and there’s a bunch of people in the room with her whom I can hear stifling their giggles.)

In fact, the actress – whose mom is Back to the Future star Lea Thompson and dad is Pretty in Pink director Howard Deutch – seems totally unlike her Before I Fall character Sam. Quick Before I Fall plot synopsis: Sam is a popular girl-type who dies in a car crash and is forced to live her last day over and over. Think Groundhog Day with an existential crisis and with really chic chunky knits and tuques.

Here are five more things we learned about Deutch during our chat.

She loves Drake “Normally I am, generally speaking, a conservatively dressed human, but I was scantily clad my first day in Toronto in the hopes that I would run into Drake in the lobby of my hotel. The address of my hotel is….. [Laughs]

She is super self-deprecating “What is one word I’d use to describe myself in high school? Hormonal. You were experiencing so many different things at times, and it was so emotional and so difficult to navigate.”

She’s PUMPED to be surrounded by so many talented women “The movie is based on a book written by a woman  (Lauren Oliver). A woman wrote the screenplay (Maria Maggenti); the director, Ry Russo-Young, is a woman and the movie is about relationships between women!”

She gets life – and she’s only 22 “I feel like it would be impossible for me to have had the opportunity to play this great part and be a part of the story without doing a lot of self-reflection. It just reminded me to not take things for granted and to continue to appreciate my family. You can never say I love you too many times to your mom and dad. Also, to actually appreciate routine and understand the privilege [like my character has] of being able to wake up every day with a roof over your head and a mother that loves you and a toothbrush and a breakfast. There is something to be said about the privilege of routine. Taking nothing for granted.”

Watch the Before I Fall trailer here: