You're going to be hearing the name Annabelle Wallis alot this summer. 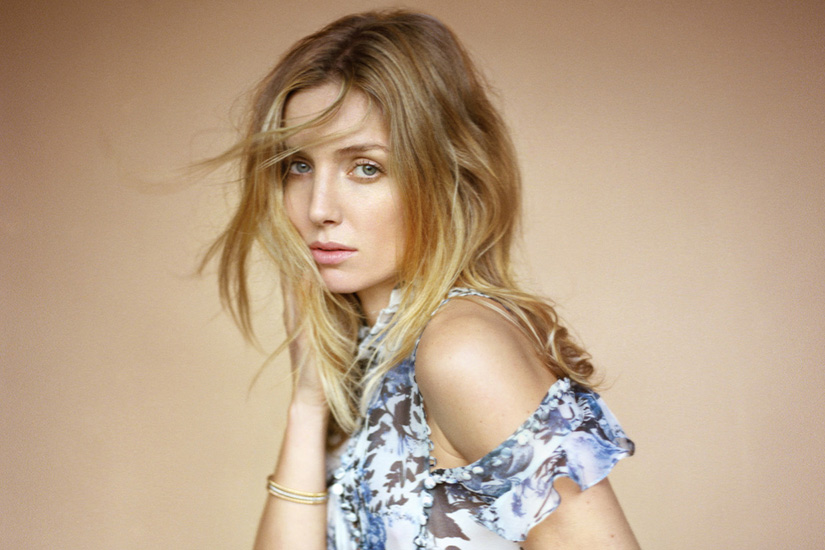 This is what Annabelle Wallis’ idea of the perfect Saturday looks like: “I’ve got friends coming over, and we’re going to talk about projects we want to do together. I’m going to be taking lots of pictures, and we’ll go in the water, surf and paddleboard and have some rosé on the beach. And then we’ll have a bonfire.”

For Wallis, a British actress best known for her roles as Grace Burgess on the BBC hit Peaky Blinders and Jane Seymour on The Tudors, this scene from a California tourism ad isn’t just idle daydreaming; it’s what she actually plans to do the next day. “I’ve sent out, like, 10 texts this morning saying ‘If you’re around, come over,’” says Wallis over the phone from her home in Malibu, Calif. “I want to see everyone because I know it’s going to be a busy time. These moments become precious.”

That “busy time” the 32-year-old is referring to? Well, she’s got two films coming out this summer: She stars opposite Charlie Hunnam in the historical epic King Arthur: Legend of the Sword, out on  May 12, and she plays an archaeologist who accidentally “unleashes” a rather undead Egyptian princess in a remake of The Mummy (with Tom Cruise), out in June. Although this take on the horror classic includes changes to the geopolitical map since the 1932 original—her character is in the Middle East protecting heritage sites from ISIS, for example—Wallis says that it’s mostly just a loving homage to the action films that were old Hollywood’s bread and butter. “It’s taking the cinematic experience we grew up with and reshaping and reforming it for a sophisticated audience,” she explains.

In addition to helming two of the summer’s box-office tent poles, Wallis has producing in her sights and is busy looking into “buying rights to books and things.” She’s been reading a lot lately, revisiting the likes of Austen, Chekov and Shakespeare, all of which she was first exposed to in high school.

I often feel like I read those books too young. Like they were wasted on 15-year-old me! “You’re right! I remember just hating going to school because I felt I had better things to do and reading a book was a real burden. Now that I’m rereading these old texts, I see the beauty in the layers of emotion that I didn’t really understand at the time.”

Speaking of layers, you’ve been acting for over 10 years. Why are you making the kinds of role choices you are now? “When you get to the point where you have freedom of choice, I think, for me, it’s very important that I present women in the way that I know them. My best friends are accomplished women: One just became the head person on the refugee council for basically all the countries that Trump has banned, and another went into the Amazon and documented a tribe for the first time in 50 years.”

Have you ever felt pressure to take a role just because it’s a job? “Jared Leto is one of my best friends, and he once told me: ‘Annabelle, film is forever. What you leave behind stays forever.’ I think about that all the time. I’ve done enough terrible things that will be around forever. If I get a voice, I need to make sure I use my brain, my words, my intellect and my world view in a way I’m proud of.”

And that doesn’t necessarily mean only taking on hefty, “serious” parts. “It doesn’t mean being a snob! But it’s very obvious when you read something and you feel uncomfortable about the way you or another woman in it is feeling. I mean, I don’t have a problem with nudity if it serves a purpose; if it’s there for the right reasons, you go into it without even thinking twice. But nothing gratuitous. Nobody needs that anymore.”

So what do we need more of? What’s the first thing that comes to mind for your dream project? “I’d say a battlefield in the highlands of Scotland, like a William Wallace but with me as William. I’d have a female battalion with all the greats—Meryl Streep, Cate Blanchett, Natalie Portman—battling together for survival.”

It sounds like a feminist Braveheart. “We can dabble in some extra-talented men—we could have a DiCaprio in there. There’s definitely room for a Gosling. And Javier Bardem. It would be like those Christmas comedy ensembles where everyone has a cameo but with period savagery.”