Where, Oh Where Have All the Royals Gone Off To? 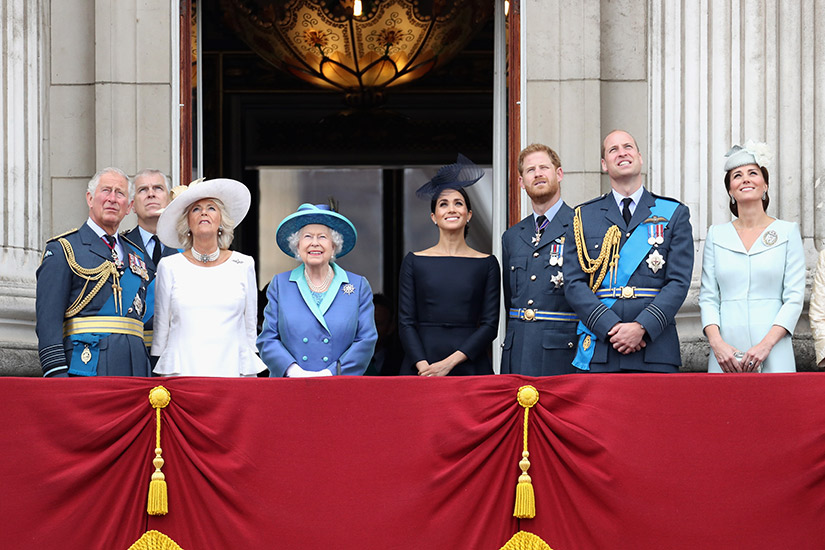 This spring brought us royal watchers a breadth of news to pore over. Between Meghan and Prince Harry’s wedding, the arrival of little Prince Louis and Meghan and Kate hanging out at Wimbledon, we were so eagerly following the royal family’s every move that we were seriously considering adding a fascinator to our everyday look. But those with a keen eye will have noticed that it’s been minute since we’ve seen any of the royals out in public, leaving us wondering: where have they all gone?

The answer, as it turns out, is pretty simple. The month of August is typically when the royal family takes their vacation, receding from the public eye.

For the Queen, this usually means time at her private estate Balmoral, tucked away in the Scottish Highlands. According to People, the monarch usually entertains her family on the Balmoral grounds during her two-month stay, adding that it’s likely the Duke and Duchess of Sussex spent a few days at the estate at some point this month.

The Duke and Duchess of Sussex have been enjoying their holiday outside of Scotland, too. It’s likely that the newlyweds spent some time at their country home in Oxfordshire. In fact, Us Weekly even reports that Priyanka Chopra and Nick Jonas visited the royal couple at their getaway the week of their engagement. The mag also says that Meghan and Harry travelled to Italy to stay with George and Amal Clooney at Lake Como. The Duchess also turned 37 on August 4, and celebrated by attending the wedding of Prince Harry’s childhood friend Charlie van Straubenzee (where Harry was best man).

More recently, it’s been rumoured that Meghan is taking a solo trip, stopping in her former of home of Toronto before visiting her mom in the L.A. (Kensington Palace, however, has not confirmed the reports.) If Meghan is on this side of the world, it’ll be a short visit. It was just announced that the Duke and Duchess will be putting a pause on their vacation to attend a performance of Hamilton in London on August 29, in support of one of Harry’s charities. (Hamilton mastermind Lin-Manuel Miranda will also be at the special gala performance.)

And what about Wills and Kate? Well, even if it wasn’t holiday time, we likely wouldn’t be seeing much of Kate: she’s still on maternity leave since giving birth to Prince Louis. ABC News reports that her leave is expected to last six months, which means we may see her back on royal duty in September. People adds that the entire Cambridge family went on vacation with Kate’s parents to Caribbean island Mustique, and that they’ll spend time at Anmer Hall, their country home in Norfolk near the Sandringham estate.