A guide to the transgender community. 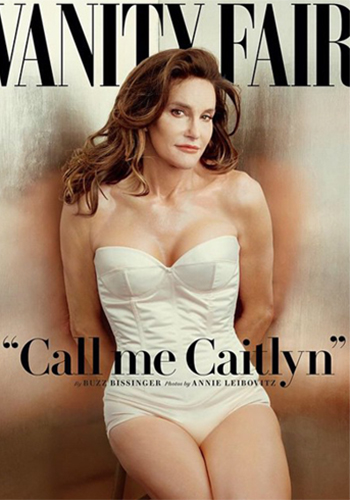 This year has already been a hallmark year for the transgender community—and it’s about time! One look at the current cultural landscape and it’s enough to make you grin from ear to ear: author and activist Janet Mock has landed her own MSNBC show So POPular!, actress Laverne Cox regularly speaks out for the trans community (while looking stunning on the cover of Time magazine), and this past week, the world met Caitlyn Jenner.

But with all the talk, we still need to ask ourselves: how can we truly be supportive? How can we best discuss these issues and fully address what many trans people are facing today? (See John Stewart’s and Cox’s poignant comments on this subject.)

My own journey to understand the transgender community started when I was in grade 12. I never knew what it meant to be transgender, but this soon changed when I met Amanda Farris. We clicked instantly – sharing a common appreciation for everything, from old school hip-hop to our love of illustration.

Although she was a friend, I was always confused about why she chose to carry herself as a boy. Fearing the possibility of being offensive, I never asked why. Eventually Amanda chose to transition from female-to-male in her first year of college. With testosterone, "she" became “he,” and I was newly introduced to Mando Farris. By getting to know him for who he truly was, our friendship grew even stronger.

Over the past four years, I’ve watched him grow into a man who is proud of who he is and what he has accomplished. Between growing a beard, dropping an octave and bulking up, Mando has finally become comfortable with himself, his body and living his life as an FTM (female-to-male transgender).

With the growing advocacy movement around trans rights in popular culture, we asked Mando what he believes everyone should know about the trans community.

What does it mean to be transgender?
A transgender person is a person in which the sex they were assigned at birth doesn’t correlate to the gender they identify with.

What is the difference between sex and gender?
The simplest way to differentiate between the two is that sex refers to the biological differences of a person (genitalia, hormones and chromosomes) and gender is a social category: masculine or feminine. In other words, sex is natural and gender is cultural or learned by a person.

How do you ask about someone’s gender identity in a polite way?
Be sure to be polite when asking and though there is no wrong way to ask, the only wrong thing to do is assume. If you’re unsure then use gender-neutral pronouns! It’s better to do that than to mis-gender a person, which can be damaging.

How do transgenders’ make the transition?
There are no guidelines on how to transition, and therefore, there are several different ways to do it. Often times, the social transition is the first step, when a person "comes out," and often times they’ll introduce a new name. Some people choose to transition medically, while others do so naturally. Each transition is unique and takes times. A person can undergo surgery, or multiple surgeries, or none at all. There is no wrong way to go about it.

What kind of discrimination do transgender people face?
Black MTF [male-to-female] transgenders are the most discriminated against today. Some people think that males shouldn’t give up their "masculinity" for "femininity" because to them it is like "downgrading." But we are all fighting discrimination in housing, employment, and using different public spaces—for example, bathrooms. Transgender people are often denied access to public spaces that should be a basic human right for everyone.

How can I be supportive?
Don’t make assumptions on a person based on appearance, and if you’re unsure, ask! The awkwardness can be cleared within the first few seconds of conversation and it will make the person feel like you care. Don’t ask intrusive questions about "real" names or what someone has in their pants. Be careful about outing a person, it’s an invasion of privacy, and in certain places where being transgender can sometimes still be considered taboo, there can be negative consequences. Take time to do your own research. The best way to let a person know you’re supportive is to use their chosen name and pronoun.