In honour of his 24th birthday, we wax nostalgic about Nick Jonas's curls. 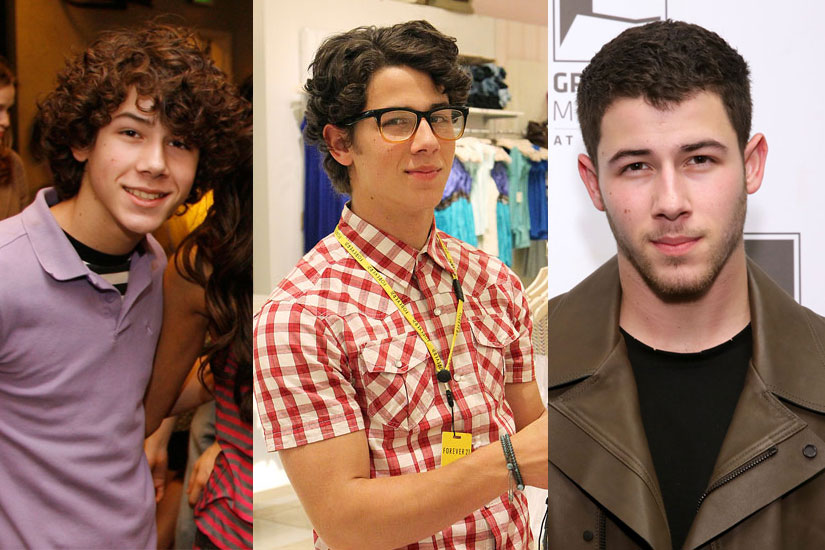 Back in his Disney days, Nick Jonas was best known as the curly-haired boyfriend of Miley Cyrus. Here, he and his ringlets pose backstage at Radio Disney’s 10th birthday concert in 2006.

They grow up so fast! At the premiere of the Jonas Brothers’ movie Camp Rock in 2008, 15-year-old Nick looks like he’s headed to his high school formal with this blazer-and-tie combo.

These days, no coming of age is complete without a hipster phase. For Nick, it was in 2010. See the plaid shirt and wide-framed glasses he wore on the reality show I Get That A Lot.

With his days as a boy band member pretty much over – the Jonai released their last album in 2009 and later broke up – 2012 heralded a big leap ahead in Nick’s style. Exhibit A: Out and about in NYC in a crisp white shirt and tie and this cropped haircut.

2013 was the year of scruff – and spray tan?? – for 20-year-old Nick. Here he is looking all GQ-ed up at the Richard Chai Spring collection show at NYFW.

2014 marked the beginning of Nick’s success as a solo artist and the launch of his so-suave-he-could-be-on-Mad–Men style, as seen here at the GQ Men of the Year party.

At the iHeartRadio Music Awards in 2015, Nick brought back his long hair. But instead of curls, he slicked it back, Danny Zuko-style.

In late 2015, Nick buzzed off those curls while mothers everywhere wept and the rest of us finally admitted our feelings for him.

Just days before turning 24, Nick Jonas grew out his buzz cut a bit for an appearance at the Grammy Museum.