There will be MORE new Drake music coming soon

Views is just the beginning. 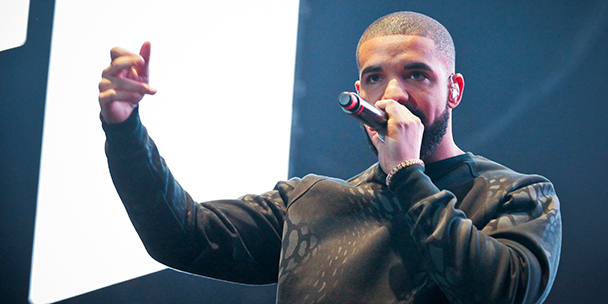 With the omniscience of the 6ix god that he is, Drake knew that once we got a taste of Views, we simply wouldn’t be satisfied with a measly 20 tracks in 2016. So he’s releasing even more new music!

In an interview with Apple Music’s Zane Lowe, Drake revealed that he has a ‘stash’ of material that’s ready and waiting for the listening public to be ready for it.

“I got other songs coming out this summer, too,” Drake told Zane. “By the time we get to tour I’m gonna have an arsenal of songs that don’t have anything to do with Views that are ready to be performed.”

Also in that same interview, he revealed that he and ‘Ye’ are super close:

“We live up the street from each other so, you know, on any given night, I’ve been in my room, like just came from training, working out, and they’ve come in my room and been like, ‘Ye’s in the kitchen with your mom and he says he’s here to work.’ Or you know, vice versa. I’ll pull up at his house and see what he’s doing and he’s always in there going crazy with somebody, some vibes, and we’ll just sit and collaborate.”

The best throwback pics of Will and Kate circa 2006