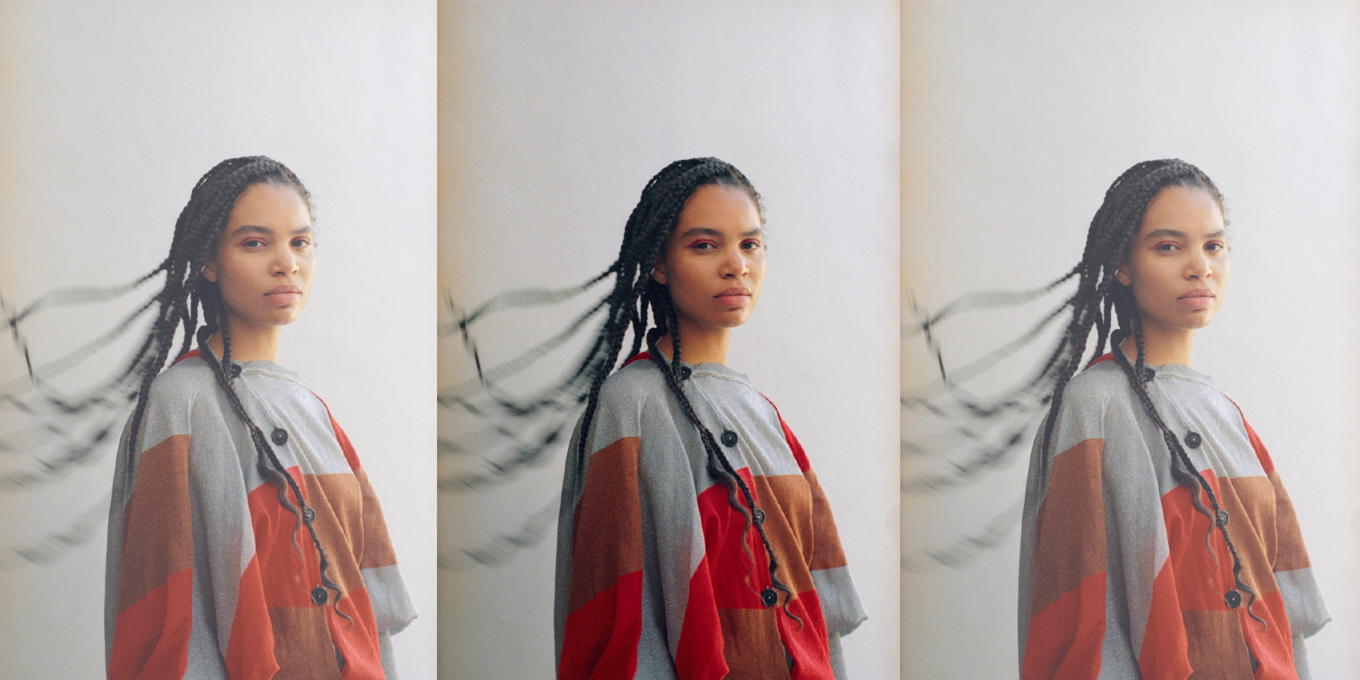 When I hope onto Zoom with Nesta Cooper, the Canadian actor has just gotten back to her Toronto home after getting a new tattoo. The ink depicts a small series of faces, most without distinct features, surrounding another face with a third eye. She had been eagerly anticipating her appointment but couldn’t decide what image she wanted to put on her body until she came across the art on TikTok. “All of my tattoos are really personal, but the ones I like the most are the ones I got kind of haphazardly,” says the 27-year-old, whom you might recognize from her roles in the sci-fi series Travelers and coming-of-age dramedy The Edge of Seventeen. “I was like, ‘I need to stop caring so much.’ Then I saw this cool doodle, and it just moved me.” It’s that willing-to-try-anything attitude that makes Cooper so compelling as Haniwa (opposite Jason Momoa, who plays her father) in the Apple TV+ dystopian drama See, currently in its second season with a third one on the way.

World Building “Season two [of See] was less daunting because when season one came together, I felt like I had proven to myself that I could do what I had set out to do. It was a really big undertaking, and I was excited to continue that legacy. But it was also more daunting in a sense because my character falls in love this season. I was used to playing a bratty teenager, but she grows up a lot, so I had to think about her psychology.”

Owning It “I really had to come into my own [this season]. I felt a strong need to protect my character’s integrity, and I felt like I had to take charge and know exactly what I was doing and where I was coming from. I’ve never had the confidence to take up space in that way, especially on a project this big. I wasn’t perfect all the time—actually, I was never perfect—but I’m proud of myself for stepping into it instead of shying away from [more responsibility].”

Role Model “Haniwa is such a physical role. I learned a lot from watching Jason [Momoa] because he is such an amazing stunt person and incredible fighter. I’m in awe of the way he’s able to move his body. I really tried to pick [up some] of his mannerisms.”

Style Moment “I would describe my personal style as ‘eclectic leisure.’ I love mixing bold prints and using all kinds of colours. I kind of lean into that fitted, layered, cut-out, asymmetrical look. And I’ve been obsessed with [designer] Charlotte Knowles lately; I love the way she layers and that she uses sheer stretchy fabric. I think she’s so, so cool.”

Content Corner “Right now, I’m reading [the novel] Circe by Madeline Miller. I’m only halfway through, but it’s pretty heartbreaking. I’m also watching [Marvel series] Loki with Tom Hiddleston and Owen Wilson, with whom I did the movie Bliss. I love Owen—he’s so amazing and funny.”