She is NOT Becky With the Good Hair. 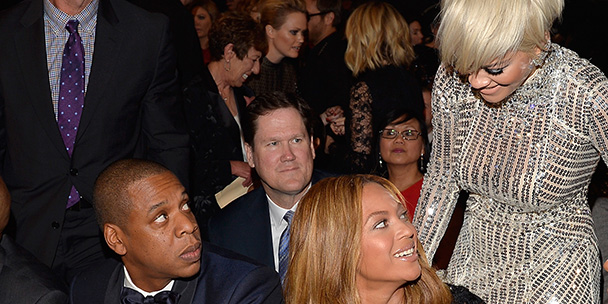 Ever since Beyonce dropped Lemonade, the internet has been focussed on one thing (okay, two: The other being how it’s a total masterpiece): Who is ‘Becky With the Good Hair’ that Beyonce calls out as the woman Jay Z (apparently) seems to have cheated on her with?

Round one of speculation hit on Rachel Roy, the fashion designer, who strenuously denied it via Twitter.

Round two landed on Rita Ora, who, in fairness to the rumour mill, did post a Snap where she’s wearing a bralette with lemons on it and a necklace in the shape of a ‘J’ shortly after the album dropped.

Rita has now taken to Twitter, however, to put an end to the speculation.

“I never usually address tabloid gossip but let me be clear, these rumours are false.”

“I have nothing but the upmost respect for Beyonce. Let’s continue enjoying Lemonade.”

EXCLUSIVE: Rita Ora on finding her voice at last