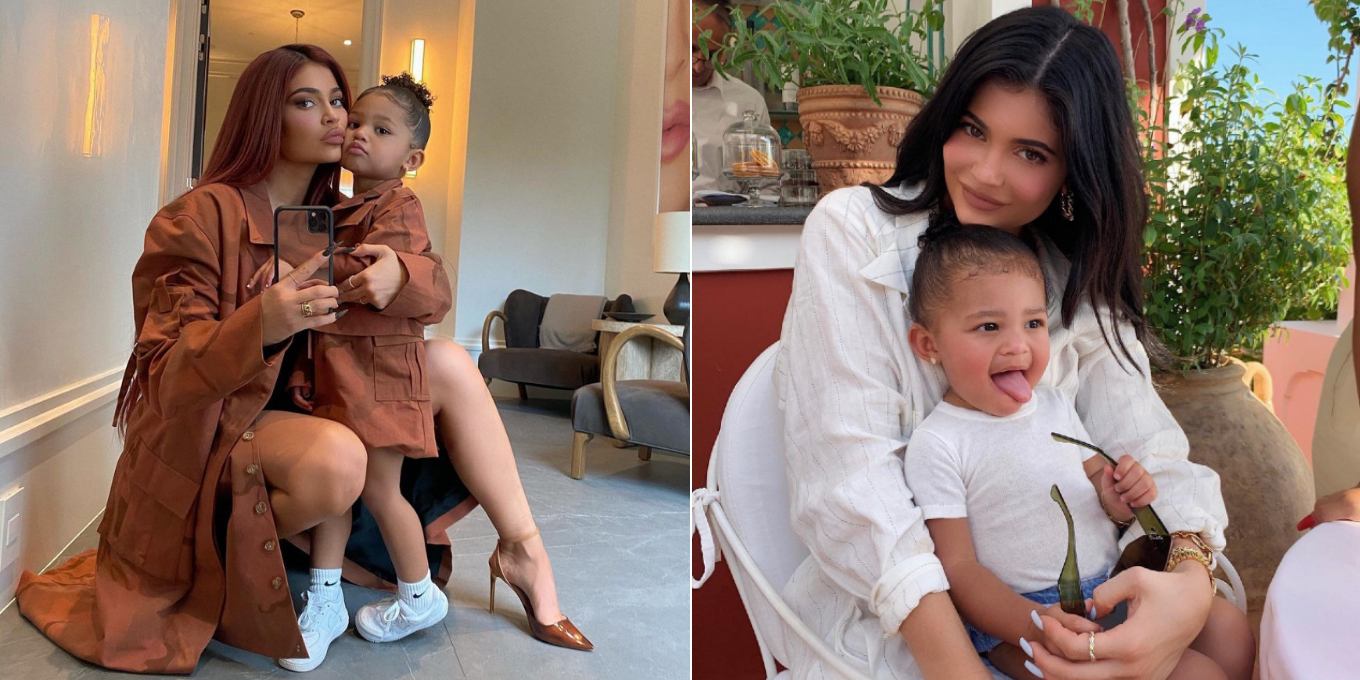 As news of Kylie Jenner’s second pregnancy spread over the weekend, there was no shortage of excitable fans and followers posting, commenting and talking about the newest addition to the Kardashian brand. But out of anyone, it looks like there was one little human who officially topped the ecstatic-scale—Stormi.

Yes, Kylie’s 3-year-old daughter has certainly been a point of focus in the wake of the pregnancy news, which was confirmed by sources via E! News who told the publication the 24-year-old was expecting baby number two with her on-again-off-again partner and father of Stormi, Travis Scott.

“Everyone in the family is so excited and they all are helping Kylie prep. She basically is already set and is using a lot of what she has,” one source revealed.

But out of all of them, it was Stormi’s reaction we loved the most: “Stormi is fully aware there is a baby coming and she is so excited… She is always asking questions and wanting to touch Kylie’s stomach, it’s really cute,” that same source explained.

Another source shared Kylie and Travis’ joy, given a second child is something they’ve both wanted.

Jenner and Scott “are completely overjoyed and can’t wait to expand the family,” the source explained.

“They love the family they’ve created and this news has them both extremely excited. Both of their families have been supportive and everyone is thrilled for them.”

Per TMZ, Kylie is in the “very early stages” of pregnancy and does not know the sex of the baby yet.

The news came after months (if not, years) of speculation that the youngest Jenner was expecting another baby.

“Kylie talks about having another baby very frequently,” one source told E! back in 2019.

“She would love to have another baby with Travis. She feels like she was truly meant to be a mother.”

Earlier this month, Kylie sparked pregnancy rumours after eagle-eyed fans noticed an uncanny pattern on her Instagram, the same she used when she was secretly pregnant with Stormi.

On her 24th birthday, the beauty mogul shared several pictures of herself in what appeared to be her birthday party ensemble—a custom made green two-piece by her friend and designer Namita Khade.

But interestingly in the pictures, Kylie’s ‘birthday’ manicure was different to that of the manicure she was posting live to her Instagram stories. It certainly suggested that the pictures she’d shared to her grid had been taken before her actual birthday, perhaps before she was even pregnant.

It’s the same technique she used when she was laying low during her pregnancy with Stormi—only this time, it appears her FBI-investigator-worthy fans weren’t to be fooled twice.

Inside Kylie Jenner’s Private Second Pregnancy: She’s “a Few Months Along”
Kylie Jenner on How She Feels About Ex-BFF Jordyn Woods Now—and What Their Future Looks Like
Kylie Jenner and Travis Scott “Love Each Other” But Aren’t “Putting Any Pressure on Their Relationship”