Minnie Driver takes it to TV with her second act. 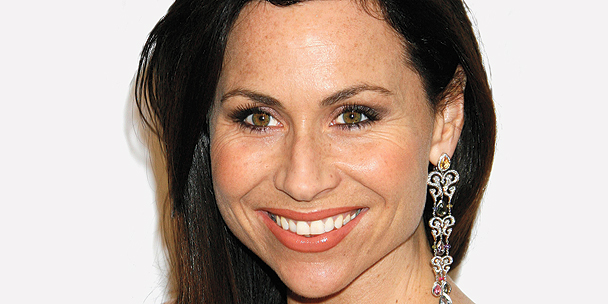 In person, Minnie Driver is as voluble, funny and feisty as Dahlia Malloy, the character she plays to Emmy-nominated acclaim on the TV show The Riches (FX). ‘It’s the best part I’ve ever been offered,’ says Driver, in New York to attend a party hosted by The Body Shop to celebrate 21 years of creating community-trade projects. ‘The character and the show supported everything that I was looking to do in my grown-up, professional life.’ That busy life also includes music: Driver recently released her second album, Seastories, which features turns from Liz Phair and Ryan Adams. Volunteer work is important to her as well. She has visited Cambodia and Thailand with Oxfam – a charity she has supported since childhood – and is a passionate, vocal believer in community trade. ‘It’s the fastest way to change the world,’ she says. And, of course, there’s motherhood, which is coming up later this month – a subject on which she is mum. The woman once better known for her string of high-profile boyfriends – Damon, Cusack, Brolin – now appears set to command the stage herself.

On The Riches… ‘Some people said ‘You’re a movie star; you can’t do TV.’ That’s bollocks! I received accolades for that role. I knew that I’d be able to apply my creative talent and entertain people.’

On working with The Riches co-star Eddie Izzard… ‘Ed’s a weirdo like me! In England, just throw a rock and you’ll hit someone like us, but put the two of us in America in a show that’s set in the South – it’s trippy. He’s great, he’s interesting – I’d take that a million times over some hackneyed pretty boy who’s been acting since he was five.’

On a recent trip she took to Cambodia with Oxfam… ‘It was humbling. You look at these 16-year-old girls who are living with the absence of choice in their lives. They’re earning a dollar a day, and they’re making the T-shirts that we wear every day. However high-handed it sounds, I think that those of us who have the choice also have the duty to step in for those who don’t. With Oxfam and community-trade programs like The Body Shop’s, the money goes directly to the people, and they can choose what to do with it. They know how to make their lives better.’

On beauty… ‘When you’ve had your hair and makeup done as many times as I have, you learn a few tricks. Even something as simple as learning how to blow-dry my hair was a huge thing. But I didn’t grow up that way. I was incredibly ungainly, I didn’t know what to do with my crazy hair and I had this huge round face – I didn’t get cheekbones until I was 26. But self-acceptance is so important – there’s a reason that you are you. Why would you want to live somebody else’s journey?’