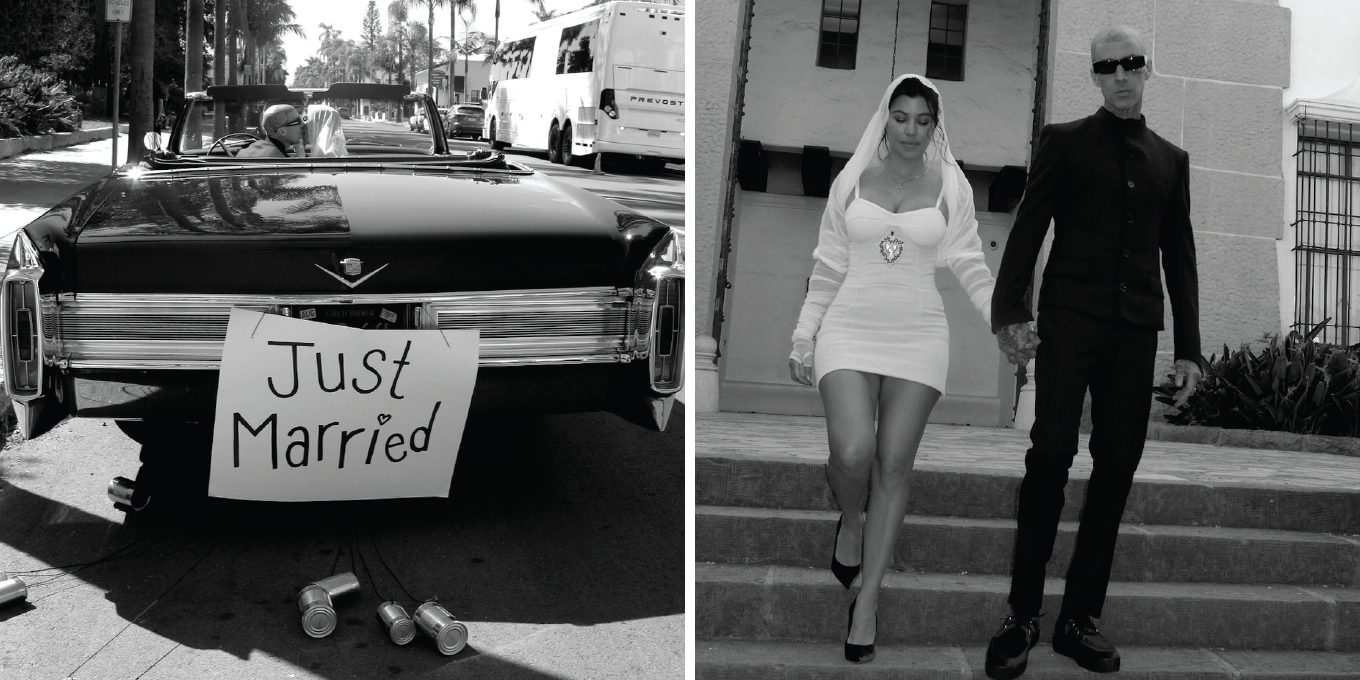 Just 24 hours after TMZ broke the news, Kourtney Kardashian has confirmed that she and Travis Barker are married—and shared their first official wedding photos from their Santa Barbara courthouse ceremony. “Till death do us part,” she captioned the post simply. Barker posted a similar set of images.

This is Kardashian and Barker’s legal wedding and first ceremony. A source told People earlier that it will not be their last. A bigger ceremony in Italy is upcoming.

“They had to legally get married first ahead of their big Italian wedding, which is happening very soon,” the source said. “All the details are set and the whole family, including all the kids, are very excited.”

Kardashian and Barker had a practice wedding in Las Vegas after the Grammys in April. While media outlets initially reported they were married, Kardashian specified on Instagram that the two were unable to procure a marriage license, so it was an unofficial ceremony.

Kardashian shared photos from their Vegas “wedding,” and wrote in the caption, “Found these in my camera roll. Once upon a time in a land far, far away (Las Vegas) at 2am, after an epic night and a little tequila, a queen and her handsome king ventured out to the only open chapel with an Elvis and got married (with no license). Practice makes perfect.”

Kardashian’s photos confirmed how intimate her and Barker’s Santa Barbara wedding was, with her grandmother Mary Jo “MJ” Campbell serving as a witness and posing with the couple in one of Kardashian’s carousel photos.

Kardashian’s ex Scott Disick posted on his own Instagram Story that afternoon and confirmed that his and Kardashian’s children—Reign, Penelope, and Mason—were with him at the time.