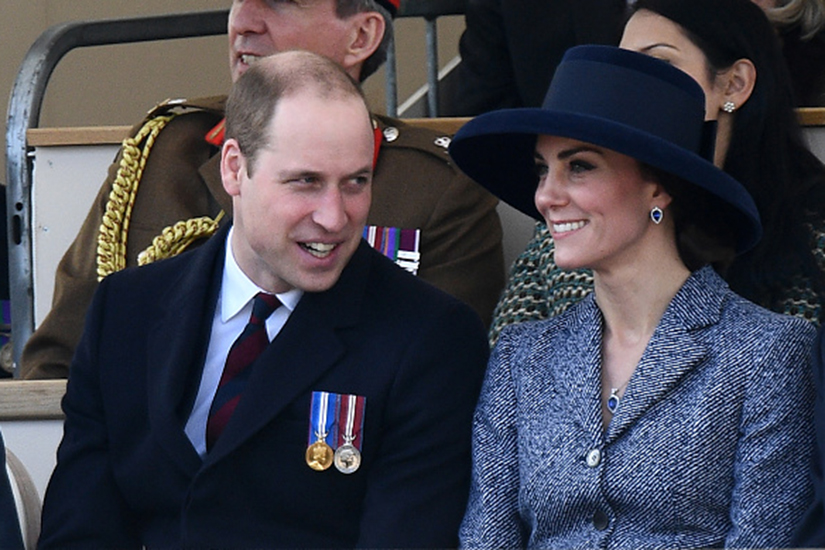 Seasoned royal watchers will immediately recognise the coat Kate Middleton wore today—it’s a Michael Kors she’s worn twice before and had since at least the royal tour of Australia in 2014—but the wide-brimmed, blue hat she was wearing? Well, that one’s a curveball.

The Duchess, along with several members of the Royal fam including the Queen and Harry, was on hand for the unveiling of a new memorial to soldier’s who’ve fought in the Iraq and Afghanistan conflicts.

There’s no ID yet on this new hat, but it’s definitely a new one in the fascinator roster. It’s not dissimilar to a gray John Boyd hat she wore last year, but it’s definitely the most minimalist thing she’s every worn on her head (but does anyone feel a tiny bit nostalgic for circa 2008’s feathered headpieces?).

Less minimal? The seriously chunky tanzanite bling from G. Collins & Sons she paired it with.