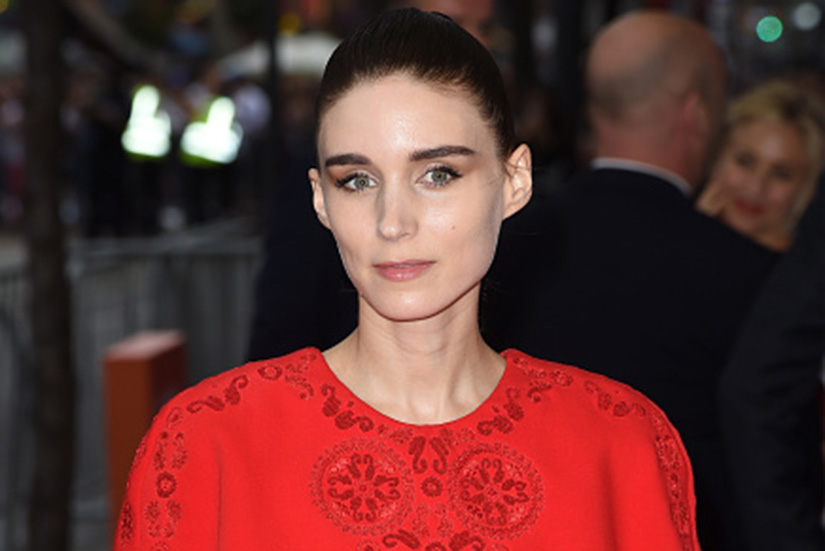 In 2015, Rooney Mara was turning 30, and she had a plan: She was moving house, and then she was going to take a break from making movies and spend her birthday in India, a country she has always wanted to visit. What she (“adamantly!”) was not going to do was work, which is why she really only read the script for Lion, out now, as a favour. “It was so beautiful, and such an incredible story, and I was like, ‘I’m still not doing it, but at least I’ll speak to Garth [Davis, the director],’” she explains. “After five minutes with him, I was like, ‘I’m definitely doing this.’ I’m so happy I did.”

The story that grabbed Mara is this: Lion is based on the true tale of a boy named Saroo, who wanders from his home village in India, loses touch with his family, is adopted by an Australian couple and eventually, as an adult, tracks down his birth mother using Google Maps. The role Mara fell for (and about which she made a joke that it was “an actual supporting role,” in reference to the controversy about her Oscar nomination last year, when her main-character role in Carol made the Best Supporting Actress short list) is that of Lucy, the girlfriend of the adult Saroo (played by “When did he get so hot?” Dev Patel).

Eighteen months after Mara’s decision to abandon her big birthday sabbatical, we’re with the American actress in a Toronto hotel room. It’s a few days after the film’s premiere at the Toronto International Film Festival (TIFF). While Mara seemed aloof and a little uncomfortable walking the red carpet, today she’s confident and clever (and devastatingly cool, with her hair slicked back in a bun). The only indication this whole movie-star lark might not be entirely her thing is her nervous fidgeting with a silver ring, which she puts on and takes off on a loop during our chat. (Later, she confesses to a discomfort with red carpets in particular: “The first year at TIFF no one knew who I was, so no one was looking at me on the red carpet. I still feel uncomfortable but in a much different way. Now, the fear is more ‘real’—people are actually looking at me and judging me so it’s a rational fear.”)

Mara is a thoughtful and considered question answerer. When asked whether she believes that fate guides her life, she thinks for a moment. “It’s weird because I have two distinct sides: One is very logical and grounded, and the other is very much in fairyland,” she says. “I believe in destiny, in a way, but I also believe in free will and that we are the masters of our own fate. But I believe there is some pull that the universe has in where we are supposed to be and what we are supposed to be doing.”And then she laughs: “I don’t want to sound kooky, though! I am an intuitive person, and that’s how I make my decisions. Every time I don’t follow that feeling, it leads me to the wrong thing or something that doesn’t turn out good.”

And maybe it’s that experience that leads Mara to give a pre-emptive “No!” when the idea of ever being in a romcom comes up, or being in a movie about football, given her family’s involvement in the sport. (The Maras are part owners of the New York Giants.) “I love sports movies; I love an underdog story,” she says. “But I would stay away from being in one because [being interviewed] would be very painful for me because that’s all people would want to know about.”

In Lion, Lucy knows Saroo when he is living in Australia—which means, ironically, that Mara was one of the few actors working on the film who didn’t get to shoot in India. “I still haven’t been there!” she says. “But I’m going to go next year during my time off.” Unless the universe has other plans—right, Rooney?