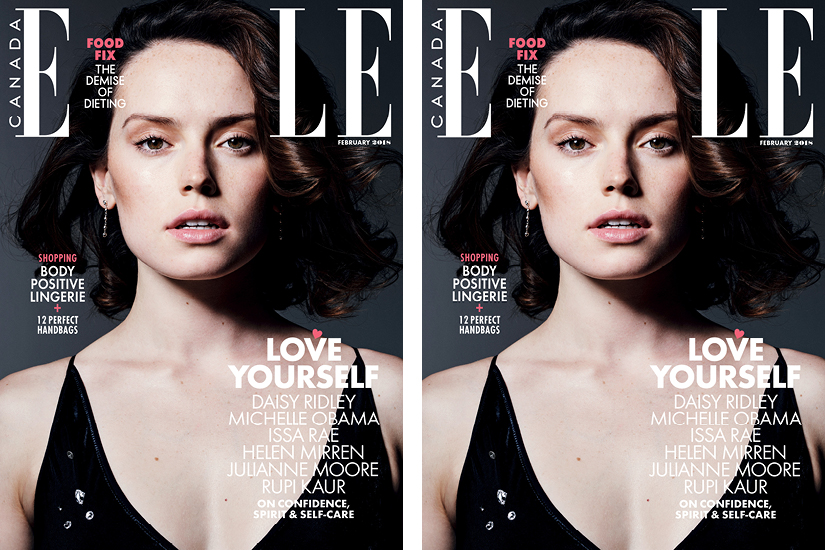 The Star Wars actress opens up about the ups and downs of life as the a franchise megastar, sharing her struggle with anxiety after she went from a regular 23 year old Londoner to suddenly famous after landing the lead part in 2015’s Star Wars: The Force Awakens.

“I was in my flat going nuts, and then my skin got really bad with the stress of it all, and I hadn’t been well—I had holes in my gut wall and stuff—and we were trying to figure out what to do with that because I felt poorly.”

The now 25 year old says that going into the second film, the recent Star Wars: The Last Jedi, came with its own set of particular emotional challenges:

“I was thinking I did the first one because I didn’t really know what I was getting myself into. I was having loads of fun, and suddenly I’m realizing what this actually is, and I can’t fucking do this…I’m highly dramatic!”

For the full interview with Daisy Ridley, pick up the February 2018 issue of ELLE Canada. Available everywhere now.

"That was really the first moment that the penny dropped."

Winfrey and the Sussexes sat down for a televised interview, which aired on Sunday evening.

Winnie Harlow Knows the Value of Her Platform

The model has teamed up with Amazon Canada to support women-owned Canadian businesses for International Women’s Day 2021.