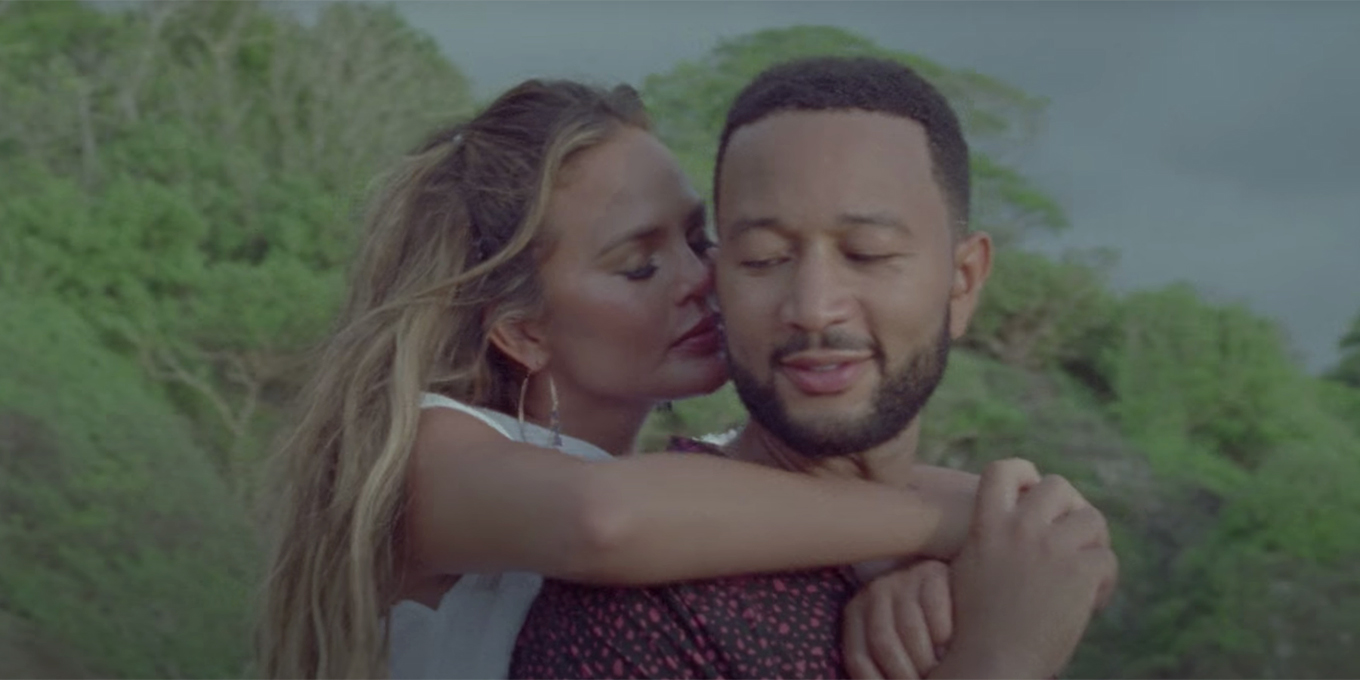 Baby number three is on the way for Chrissy Teigen and John Legend! After teasing her pregnancy in Legend’s new music video for “Wild” (Teigen is seen holding her stomach at the end of the video), she confirmed the news herself on Twitter.

“Look at this third baby shit,” she said in a short video clip, showing off her baby bump. Teigen and Legend currently have two children: Luna, four, and Miles, two.

Earlier this year, Teigen spoke with Glamour UK about her struggles with infertility, which led her to conceive her children through IVF, as well as her experiences with postpartum depression (PPD).

“You say you have it and people think, ‘Is she going to jump off a roof with her kid?’” she said of society’s misunderstanding of PPD. “They don’t know there are so many levels of it. I became very introverted; I had a paralyzing anxiety of going out. And I lost my baby weight and more within a month. I posted a picture of myself making a Mother’s Day lunch. I look back at that photo and it is the thinnest I’ve ever looked.”

“It made it so much easier just knowing we would spot it immediately if it did happen again,” Teigen said of having her son Miles two years after having her daughter. “When you are in it, you don’t realize what life is like outside the hole and so I wasn’t worried [with Miles] because we solved it. There are so many things with Miles, like not coming to me first when other people are around, that would have affected me if Luna had done the same. I thought she didn’t like me or want to be around me, but that was in my own head.”