So much anxious head-nuzzling on this episode. 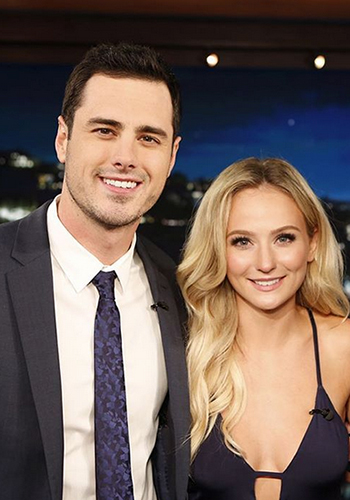 The most undramatic season of The Bachelor came to a pretty dramatic close (finally!) this week. Our lovably waffling bachelor Ben Higgins was flip-flopping between Lauren B (love at first) and JoJo (his best friend).

Turns out his first impression was right. “I found love with you, but I found it with somebody else more,” he told an astonished JoJo, who to her credit, managed to hold it together even though it looked like she wanted to punch him in the face.

Some actual real, unscripted emotion followed (surprise!). “I just want the kind of love that I can count on. That when someone says they love me, that I can count on it. That they are not going anywhere,” said JoJo. And of course the best way to do that is to be the next Bachelorette.

Proposal time!
Thumb’s up to Ben for calling Lauren’s dad. And although his “whoop” of joy seemed pretty cheesy, their proposal – in matching tone-on-tone blue outfits – was pretty cute. Cue string section!

Now, as JoJo prepares to start filming her season, we present five lessons she can learn from Ben’s mistakes.

Don’t say I love you to more than one person.
And if you do, give her a sign – especially when you’re sitting together on the bathroom floor and she’s begging you for a head’s up. Moving on.

You need a wingman
When it’s time to introduce your date to your family and friends, find someone – like the Amy Schumer of your squad – who will shoot you straight. Ben’s parents were just as flummoxed as he was about which woman to pick, which only added to the confusion.

Aything you say on The Bachelor can be used against you.
For example, Ben revealed on the “Women Tell All” episode that he would marry his fiancée right away. So, Chris Harrison brought Ben’s pastor to the “After the Final Rose” show. SO. DRAMATIC.

Apparently all it takes is a Neil Lane diamond to make up your mind.
Ben saw the diamond and knew whose finger it belonged on. Hey, Neil Lane, I make smart decisions too when I have diamonds in my hand…. Call me?

Future bachelor contests: please hire a stylist
This will help to mitigate any dress #baddecisions such as JoJo’s pink, prom-esque final rose getup.