7 things you need to know about Bella Thorne

Your primer on everything you need to know about our May cover star. 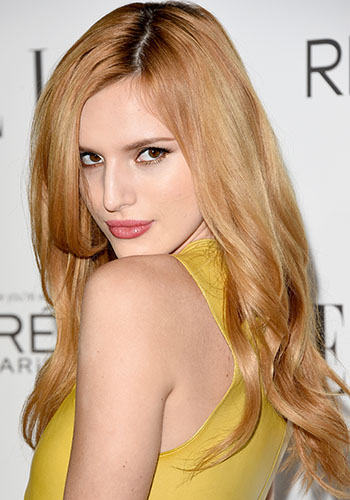 Ready to become a hard-core “Bellarina”? Here are some essential facts about the exciting young actress who’ll be starring in our latest live cover event (which you obviously knew was happening this Friday, February 27 right?).

2. Not ony does she act, but Thorne is also a singer, releasing a track in November 2014, “Call It Whatever”, that cracked the top 10 in the U.S. dance charts.

3. Her full name is Annabella. And her middle name is Avery, in case you’re interested.

4. Despite coming into the spotlight as a red-headed tween in the Disney channel show “Shake It Up!”, the Florida native is naturally a blonde.

5. The 17-year-old is also an authoress: She published the semi-autobiographical YA novel Autumn Falls late last year, and has inked a publishing deal for several more in the series.

6. She’s got a busy 2015 ahead, starting with the release of The Duff this month, and continuing with roles in some other big-name films, including the latest installments in the Scream and Amityville franchises.

7. Thorne earned her first paycheck at six weeks old, appearing in a parenting magazine photo shoot. A child model, she went on to star in over 40 commercials.

READ MORE:
6 degrees of Bella Thorne
15 Instagrams that prove Bella Thorne is one to watch
All the details on our live cover with Bella Thorne