The Korean-Canadian tells all in her new audiobook. 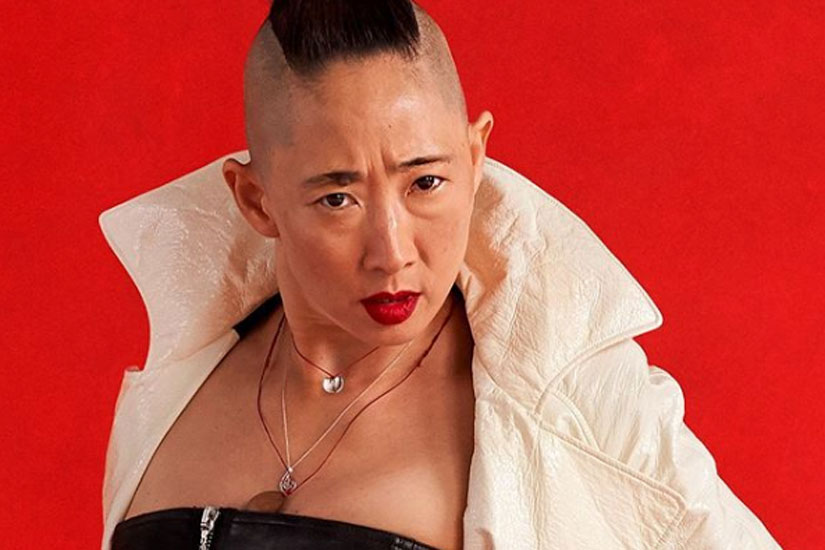 You can spot music-industry veteran Sophia Chang in a crowd by her signature hat. It’s a Gucci leather fedora that the Korean-Canadian got in 2003. She was in Beverly Hills with RZA (she worked with Wu-Tang Clan and has managed the rapper-producer) prepping for the Kill Bill: Volume 1 premiere when he asked Chang to help him find a suit.

As Chang tells it, she went up and down Rodeo Drive pulling options for her friend and, eventually, saw the hat. “I told him, ‘You know what? You should buy it for me.’ And God bless him, he was like, ‘Sure, Soph. Of course you can get that for yourself,’” she tells us over the phone, laughing fondly at the memory. “I’ve been wearing hats since I was very young. What I like about [this one] is that it’s a man’s hat, and I’ve been a woman in many, many men’s worlds. It makes a statement about me.”

Something else about her that makes a statement? The title of her new audiobook, The Baddest Bitch in the Room, out on Audible.ca today. It’s an entertaining and personal look at Chang’s impressive life. In it, she explores growing up in a mostly white neighbourhood in Vancouver, love, loss and being a trailblazing Asian woman in the hip-hop industry.

Where did the title The Baddest Bitch in the Room come from?

I believe it was 2008. I was at the Black Girls Rock! awards with three of my girlfriends. We’re all women of colour and, at that point, we were all at least 40 – maybe 30-something. I looked at these women and thought, “Wow. My girls are the best bitches in the room.” And that’s where it started. I worked really hard to curate my life with my friends. It’s not about being the prettiest, the youngest, the richest, the thinnest, any of that. It’s about the aggregates off our quality. It’s so easy for women to allow our beauty and power be defined by the dominant culture and media. The title is me saying that these are the things that make me amazing and uniquely incredible. That’s what I’m hoping women who listen to the book will come away with – an understanding of what their mind, beauty and power for what it is, not what other people say.

And why did doing an audiobook, as opposed to a physical memoir, feel right for you?

I think that audiobooks are the future. Having spent the last 30 years on and off in the music business, an aural medium, I knew the power audio could have. I’ve also spent a lot of time owning, not just my figurative, but my literal voice. I knew I could deliver this in a way would be super impactful. So coming out of the gate, I wanted to tell my story just like this, in the way that I’m talking to you.

What were you trying to get across while recording?

Humanity. Emotion. Intensity. Passion. Humour. Sadness. What I wanted more than anything was for it to feel like I was in the room with [the listener]. This isn’t a movie; it’s not a visual medium. But I wanted the experience to be as close to that as possible, like I was in the room with you, holding your hand as I tell you about losing my father, or losing one of my best friends to suicide, or the birth of my son.

In the book, you talk about rejecting the idea of being a model minority after growing up in a white, suburban neighbourhood. How did you get there?

I’ve been confident since I was a child, so it wasn’t necessarily about that. But, of course, there’s a long stretch between confidence and calling myself the baddest bitch in the room. At this point [in my life], I am post-divorce, post-children and I am happy to redefine myself. And in redefining myself, in my experiences and, frankly, by being fearless in how to pursue work, love, sex or friendship. I was able to take all of those experiences and bring them together in way that I could shape them into something that was extremely powerful.

Your career has been so impressive. What’s the biggest lesson you’ve learned?

Professionally, one of the greatest lessons comes from when RZA told me, “You have to get me more money.” That made me learn how to become a negotiator. As a woman, I don’t think we’re really taught about money; we’re not taught to ask for what we deserve. Instead, we, particularly women of colour, are taught to feel fucking lucky that we’re at the table. That’s the patriarchy. And in writing this memoir, and through my journey, I’ve learned the importance of doing what you’re passionate about. That’s a privilege not everyone has. But if you do have that privilege, pursue your passion and tell your story, because that’s when you excel.