Which films have the hottest buzz at this year's festival? 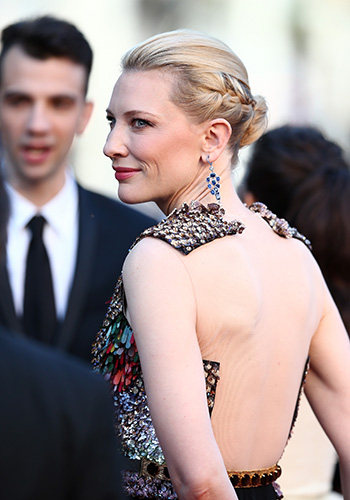 It’s that time of year again! Films from all over the world put on their glitziest gowns and walk the carpet at Cannes, hoping to catch the attention of the viewing public…oh, and gain a little award season momentum. (It’s no accident films like last year’s Academy Award winning Foxcatcher have their premiere here on La Croisette). So who’s emerged as a front-runner in 2015? Grab your popcorn and read on…

…and this is how Mathew McConaughey is going to follow-up his last performance (the one that won the Oscar? That one.) Directed by Gus Van Sant (Good Will Hunting, Milk) and co-starring Naomi Watts and Ken Watanabe, this is story of two men lost in the forests of Japan’s formidable Mt. Fuji is gripping Academy Award catnip.

This film took 15 years to make (and that’s not counting the fact it’s based on a shocking-for-its time 1952 novel by Patricia Highsmith), but this is a love story worth the wait. Starring Rooney Mara as a department store clerk and Cate Blanchett as the society woman she falls in love with, this is perhaps the movie with the most Oscar hopes pinned on it at the festival.

The premise (people have 45 days to find a mate or else they die) is zany, but the cast is rock solid: The combined thespian powers of Rachel Weisz, Colin Farell, Lea Seydoux and Ben Whishaw are more than enough to turn this from a weird sci-fi flick into a fable of epic and critic-pleasing profundity.

Does the screen really need another adaptation of The Scottish Play? When it involves Michael Fassbender in the title part and Marion Cotillard as his scheming lady, absolutely yes!

READ MORE: The best and worst dressed celebrities at Cannes 2014

We’re not just saying this because it’s directed by a Canadian: Denis Villeneuve’s thriller about the border drug cartels is the talk of the blogs already, with Emily Blunt and Benicio Del Toro getting particular critical love.

READ MORE:
A look back at Cannes 2014 best red carpet moments
How to get Hollywood icon hair
The best celebrity Instagrams at Cannes