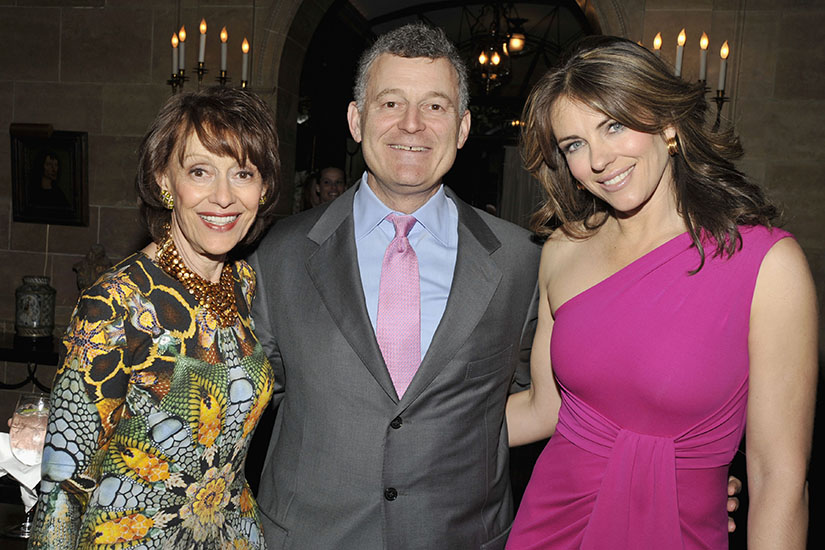 What has surprised you most about your career so far?

I’m not certain I can say there’s anything in my career that has surprised me, because that would say that it somehow has taken a turn that I didn’t expect. I think the best way for me to describe it is I’ve had a career that’s given me tremendous satisfaction because I have had an opportunity to be an entrepreneur of starting businesses, to buy businesses, build businesses, work with very large organizations and I’ve had the privilege of leading many thousands of employees who represent our brands around the world. So I wouldn’t say there’s anything that’s a surprise, but I would say it’s almost always exciting and challenging.

When did you feel like you had “made it”?

You know, there’s a number of different points in my career where I tend to look back at them as being strong learning moments. Probably my first was when I started my career and I was working for Donald Regan, who was the Secretary of the Treasury under President Ronald Reagan, it was a very interesting experience. I was very young, just out of school, and I couldn’t believe the amount of responsibility that I was given as a very early-twenty something year old. That’s the nature of government, they seem to rely on the young to do a lot of the work.

I then joined Macy’s for a number of years and that was actually very interesting. When I joined our company my first stop was Clinique, which was great. But really one of the things that truly defined my experience level and gave me extraordinary energy and took an extraordinary amount of my time, but was totally totally worth it, and I look back on it fondly, was starting Origins.

I had the pleasure of working with some incredibly talented people on starting the brand and really conceiving of what the brand could be, should be, ought to be, what was the strategic positioning, what were we going do, how we’re going to appeal to the consumer and how we’re going to build this business. That was really all consuming for the better part of more than a year and a half to two years and conceiving of it, getting it going, getting it launched and then managing it to be sustainable for a long time.

I really look back on that and we used it also as a laboratory to a certain extent. When we started Origins, we opened our own retail stores. It was the first time The Estée Lauder Companies opened our own retail stores instead of working with department stores, perfumers etc.. And that has turned out now, twenty something years later, to be a very important part of what The Estée Lauder Companies have done.

When the Internet and online e-commerce came around, by then I was leading Clinique, and I had the opportunity to turn that part on in Clinique and I thought that was really very interesting, both the internal politics for direct to the consumer and our own retail, as well as e-commerce and the external politics with our retail partners, very interesting to see how everybody adapted to this changing landscape and the impact of the changing landscape.

Other things that were very interesting in the development of my career—you know when I got ever increasing responsibilities for larger and larger portions of the company, what I was able to do in helping us transform our company to be prepared and competitive for the twenty first century. And I had the privilege for the better part of almost the last sixteen years, fifteen years of being able to do that so, it’s been quite a journey.

What did you glean from your mother about career commitment?

Well you know, it was fascinating to see her when she lit up around the whole Breast Cancer Campaign. The Breast Cancer Research Foundation gave her a focus and a passion which merged with her passion for the company and the products. It was a very interesting how she transformed our company because she added the D.N.A. of some humanity to us that we didn’t necessarily have before. It’s had a tremendous impact on the emotional commitment that our employees have for our company as well as for our consumers and their appreciation for our good soul and membership in a larger community.

Evelyn H. Lauder co-created the pink ribbon 25 years ago and sparked a movement to end breast cancer. What does the pink ribbon mean to you? #ELCfamily #PinkRibbon25 #ELCdonates @bcacampaign⠀

A post shared by The Estée Lauder Companies (@esteelaudercompanies) on Oct 5, 2017 at 2:47pm PDT

How has the campaign sustained such brand awareness over 25 years?

You know, the Estée Lauder Companies Breast Cancer Campaign has really sustained itself because its mission is pure, no one can dispute the validity of the mission. We have shown material progress in achieving our objectives and it’s something that impacts so many people who are important to us in The Estée Lauder Companies—not only our employees, not only our consumers, but our partners and who we do business with, our retail partners, our vendors, those people in the community who are so important.

So this is an issue that touches everybody in every way, shape and form. So therefore it’s an inviting and engaging way for us to interact with the consumer and if we do that effectively for something that they feel good about and proud about, then we’ve done it well. I would say that the ethos and the energy that we put towards this breast cancer campaign and funding for the breast cancer research foundation Is a very important part of what makes The Estée Lauder Companies so unique.

Did you ever hear your mother or Estée discuss the idea of “having it all”? Have you ever felt this pressure?

My grandmother started the company, she raised two sons, and she had a great life with her husband that was fantastic. My mother had a very difficult start to her life, but she came to the United States and she and her parents were able to have a good life for themselves and she met my father. My mother also had a successful career of raising two children. I don’t know if they sort of felt like they had to have it all.

Mrs. Estée Lauder, if you think about it, 1946 post-World War II United States travelling around the United States by train trying to sell her products, that was extraordinary. There weren’t many women starting any businesses at all, let alone working, in the late 1940’s. It was pretty incredible. Though by the late fifties, early sixties, when my mother got started in her career, there were more women in the workforce then there were in the forties, but even still it was a fairly unique thing.

They were both early in the career field for many women, but they still were wonderful partners, wives, parents, and friends. They were able to do many things in their lives, but understanding it was what they wanted for their lives.

How does a legacy brand like Estée Lauder stay relevant during such a disruptive time in the media landscape?

You know, the disruption that’s going on right now in media and communications and engaging consumers is no different than the disruption that went on in the invention of radio and how that changed the news of communicating, or the invention of television and how that changed, we could probably even go back as far as well what newspapers did vs word of mouth.

The fact of the matter is that as technology has evolved and changed, people have adopted and media has adopted to this change. What we’re really living in now is that disruptive period of change where the old ways are not necessarily working the same as they used to, and those companies that need to change have not yet found the clear path to success in the new ways. I imagine if we were to talk in fifteen or twenty years, we will look backwards and see that the path that was taken to success actually worked. I don’t know how, but you can’t see it now when you’re in the midst of it.

A post shared by The Estée Lauder Companies (@esteelaudercompanies) on Oct 1, 2017 at 8:33am PDT 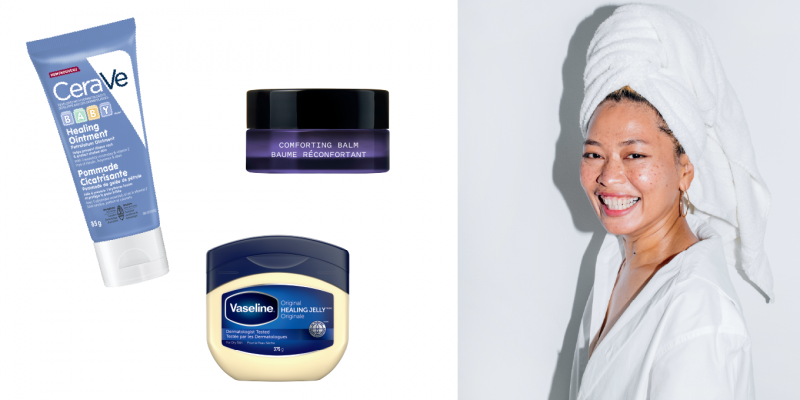 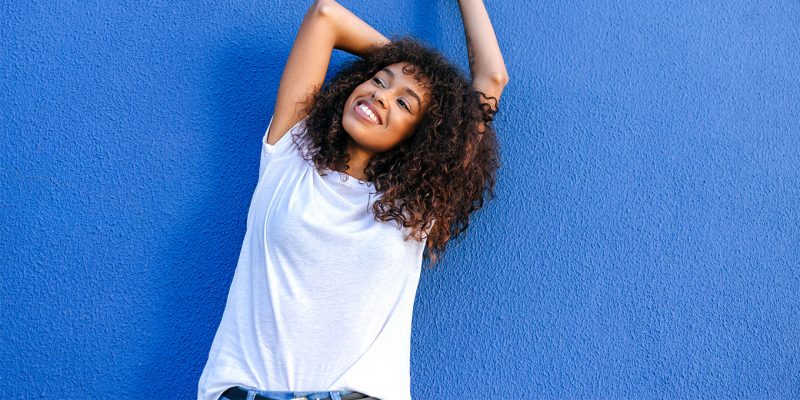 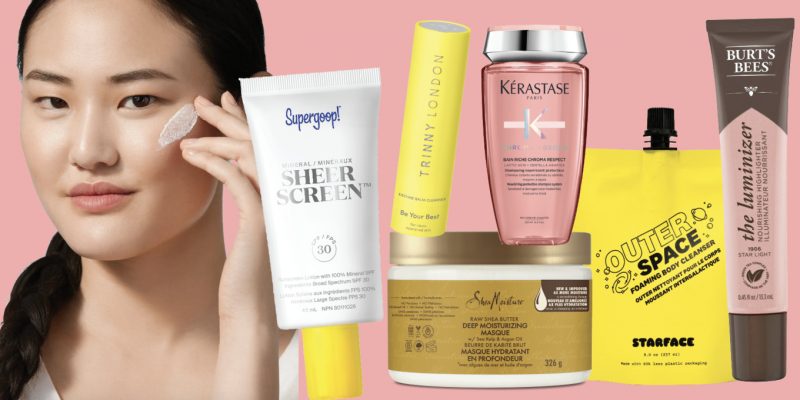