What kind of makeup does a modern CEO wear?

That was the question at Alexander Wang. 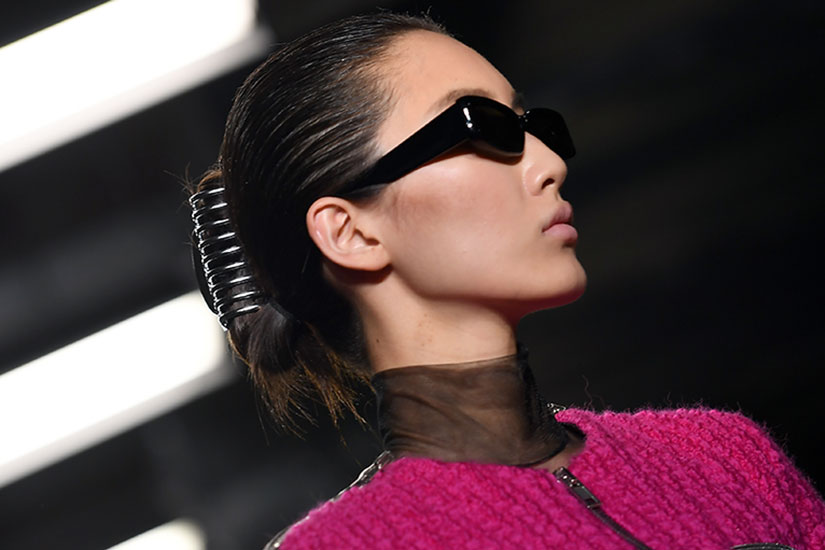 What kind of makeup does a modern female CEO wear? What do they do with their hair? Their nails? Such were the questions on our mind backstage at Alexander Wang’s fall/winter 2018 show (and his last at New York Fashion Week), held at the former Condé Nast offices at 4 Times Square, where models-cum-employees of “Wang Inc” served “executive realness.”

The answers, of course, should be whatever they want.

While some would expect to see a bold red lip or two in the mix, “it’s not very ‘the Wang girl,” says Kendal. (It’s true—we can’t recall the last time an Alexander Wang show featured a lip of any kind.) Still, it was slightly more considered, made-up look than we’re used to seeing from Kendal at Wang.

Nail artist Rita Remark—who told us her idea of a modern CEO is Rihanna and Emily Weiss—created a “chromatic, icy sheer nude” on the nails using a polish from Essie’s Wild Nude collection, followed by a coat of Essie’s Au Natural. “It has a finely milled pearl, which makes the nails look wet and shiny, and under the right like, makes them reflect silver,” she says.

About Saturday [email protected] can diamanté my world! So honoured to design the nail look for his last #NYFW show. We decided on an icy steel nude using @essiepolish #wildnude &amp; #aunatural // #wanginc #essielove // photo: @ssam_kim

On the hair front, not a single blonde walked the runway. (Not that Wang is opposed to blondes, if you’ll recall this moment at his spring/summer 2016 show.)

British hair colourist Josh Wood, who brought us rose quartz, “the colour of glamorous angst” last season, took Korean model EZ from a peroxide blonde to a rich, notice-me shade of “penny red.” Her hair was already buzz-cut short, but models with longer hair had it slicked back and clipped up with debatably named banana clips.