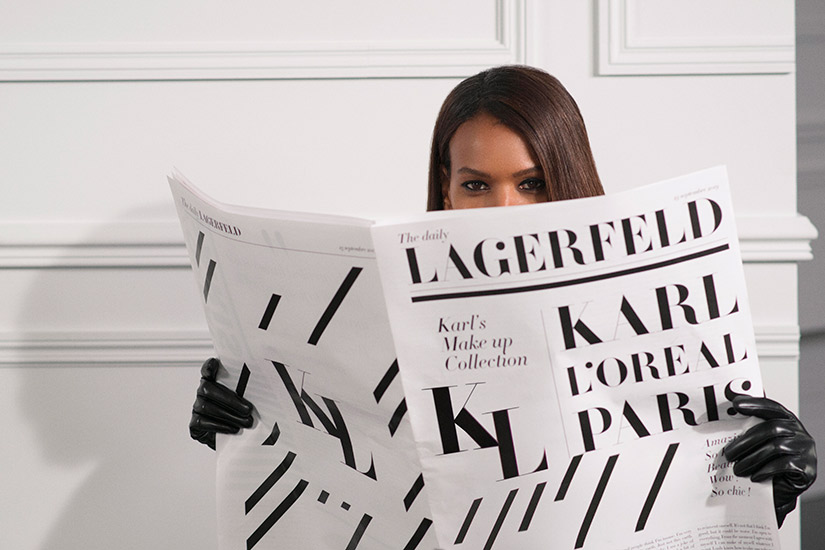 The brand revealed that the late designer initiated the exclusive makeup collection before his death in February; it was one of the last projects he worked on, and has since been completed to honour his legacy. The Karl Lagerfeld x L’Oréal Paris line will be revealed on September 27, during Paris Fashion Week, and will celebrate Lagerfeld’s trademark rocker-chic style and Parisian elegance.

“The line of makeup truly reflects the Karl Lagerfeld brand universe and what Karl loved in makeup—he often used eyeshadows as colours in his sketches,” said Caroline Lebar, head of image and communication at Maison Karl Lagerfeld, in a press release. “L’Oréal Paris has an inclusive message of beauty for all. Karl liked it when a collaboration resonated with his brand and would make a real impact to many people.”

The #KARLXLOREALPARIS makeup collection will celebrate Karl’s vision of beauty and his creative legacy. #LOrealParis and @KarlLagerfeld will reveal the exclusive collection this September during Paris Fashion Week. Stay tuned!

The campaign for the line will be inspired by Lagerfeld’s most iconic quotes and instantly recognizable symbols.

“For L’Oréal Paris, all of our fashion design collaborations are an honour, but this one is particularly meaningful,” said Delphine Viguier, L’Oréal Paris global brand president. “While Karl upturned the hierarchy of the landscape to democratize fashion, L’Oréal Paris is committed to making beauty according to women’s own rules and desires.”

Details about the new collection are under tight wraps, but look for it to hit Canadian shelves in February 2020.