Beauty brands are finally recognizing men can love makeup too

Mainstream beauty brands are launching campaigns that reflect the diversity of their consumers. 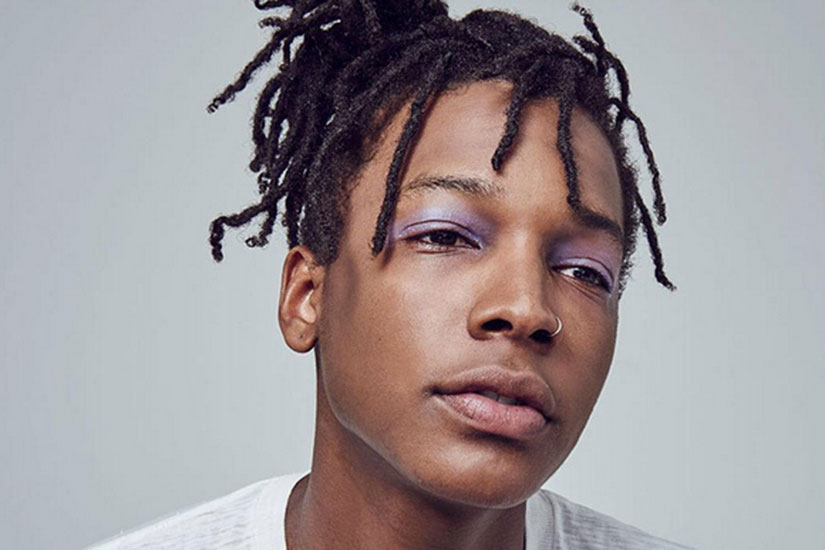 Last October, CoverGirl announced that James Charles, a 17-year-old beauty vlogger from Bethlehem, N.Y., would be its first-ever male ambassador. The gregarious high-schooler, who was relatively new to sharing his beauty looks on social media, made a name for himself after having his senior-yearbook photos retaken with his own lighting so that his highlighter would “pop.” The results went viral.

Charles is not the only male beauty vlogger to recently partner with a major makeup company. Maybelline hired Manny Gutierrez to front a campaign earlier this year, and YouTuber Patrick Starrr released a collection of nail polishes with Sephora’s Formula X line in 2016. (Together, the three have a combined Instagram following of nearly 8 million.) Different from drag, which is a performance of exaggerated femininity, Charles, Gutierrez and Starrr are part of a growing number of “boy beauty” influencers on social media who identify as men who love—and love wearing—makeup. With every swipe of highlighter, lipgloss and mascara, they expand on heteronormative ideas of what it means to be male. The recognition of this by mainstream makeup brands is a sign of the shift happening with gender norms, which were already being challenged in bathrooms and on social-media platforms across North America.

Men wearing makeup, and makeup made for men, is nothing new. Over the past decade, brands like Marc Jacobs, Jean Paul Gaultier and Clinique have introduced makeup marketed for men. When Tom Ford launched his For Men collection in 2013, he encouraged men to take charge of their appearance and conceal and bronze as needed. But the recent spike in male beauty ambassadors doesn’t appear to be driven by a surge in men purchasing beauty products. It may be as simple as being a more modern approach to makeup—a more inclusive, less divisive strategy. “You can see it across various industries that we track, such as apparel,” says Amy Chung, a beauty in­dustry analyst at market research firm NPD Group Canada. “Youth just aren’t as concerned about those labels.” Gutierrez, who launched his YouTube channel in 2014, has already noticed a change in how he’s perceived. “People are more receptive now to men wearing makeup—fewer questions, more acceptance,” he says.

When Charles signed with CoverGirl, he joined Sofía Vergara, Katy Perry, model and actress Amy Pham, Beyoncé-backed singers Chloe and Halle and hijab-wearing Muslim beauty blogger Nura Afia as spokespeople for the brand’s So Lashy! mascara campaign. “The goal was to reflect the diverse faces of beauty today,” says Ukonwa Ojo, global senior vice-president for CoverGirl, of the decision to add Charles to the roster. It’s one of a number of beauty brands that have been running increasingly inclusive campaigns. In 2015, transgender models Lea T and Andreja Pejic appeared in Redken and Make Up For Ever campaigns, respectively. Last year, Clairol rehired transgender model Tracey “Africa” Norman, who had appeared on a box of one of its bestselling hair colours in the ’70s before her identity was known. Revlon recently signed transgender vlogger Gigi Gorgeous, and L’Oréal Paris features men and women of all ethnicities and sizes in its True Match foundation campaign.

The faces of CoverGirl’s So Lashy! campaign.

M.A.C Cosmetics has always taken a makeup-for-all approach; its mission has been to create products for “all ages, races and sexes” since it started selling products in 1984. Milk Makeup, which launched in the U.S. last year and in Canada this March, has a similar ethos. “Our first campaign had people kissing; you couldn’t tell their gender—[because] it doesn’t matter,” says co-founder Mazdack Rassi about the brand’s gender-neutral approach. “I believe that the next generation sees a person for who they are and what they stand for. We want the customer to concentrate on that and perhaps what our products help them do in life. That’s where the conversation should be.”

Giorgio Armani Him/Her Lipcare is a moisturizing balm that comes in six shades, including clear, designed to blend with your own natural lip colour ($33), at sephora.com.

These pearlescent velvet cream eyeshadows are best applied with fingertips. Milk Makeup Eye Pigment in Rager and Jam Room ($29 each), at sephora.com.

This article originally appeared in the May 2017 issue of ELLE Canada.