The party girl workout: How It girls stay in shape

It girls on the party and clubbing scene have a new secret weapon for staying in shape and we tell you how! 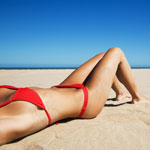 What’s a busy young socialite to do when the summer party season is just around the corner and her diet of canapés and cocktails has left her a little squidgy around the edges? Those in the know call on health and fitness trainer Alex Reznik, who created The Socialite Workout specifically for high-profile party girls who can’t afford to be camera shy or who, in his words, always require “flashbulb arms and red-carpet shoulders.”

“A lot of clients were showing up for sessions after a night of partying,” says Reznik on his inspiration for the program. “They were clearly in no state to work out properly – tired, hungover or just feeling lazy – but I still had to find a way to keep them in shape.” The solution? He came up with toning exercises that can largely be done on the floor. “They avoid the balance problems that can occur after one too many glasses of champagne and take pressure off the heart.”

Raised in the former Soviet Union, Reznik worked as a trainer for the Russian army before moving to New York in 1989. In 2004, he opened the Complete Body Wall Street personal-training/sports-medicine studio, a 557-square-metre downtown Manhattan space dedicated to mind, body and spirit conditioning that offers everything from laundry and dry cleaning to facials. Reznik’s clients include many city socialites who have sworn him to secrecy – and who prefer to work privately from the comfort of their own homes while they get red-carpet ready. He also counts numerous magazine editors, Russian supermodel Anna V and fashion designer Valentino among his patrons.

Reznik is a big fan of interval training (alternating bursts of intense activity, like jumping rope or running, with more-moderate muscle-toning work, like squats or push-ups). “It’s best to work your heart and tone your muscles at the same time,” he explains. “It makes for a more complete and effective workout and gets results quickly.” He recommends yoga for stress relief and puts his clients through some Pilates-style moves for photo-shoot-perfect posture.

Key body-shaping exercises on the next page

For Reznik, a proper diet is equally as important as his “cardio that won’t kill you” credo. He advises cutting down on carbs in the evening and eating small, healthy meals every three to four hours during the day to keep your metabolism up and blood sugars stable. “People binge on junk food and justify it by saying they’ll just burn it off at the gym,” he says. “But that’s the equivalent of a person with a gambling problem saying that he’ll fix things by earning more money.”

It takes a careful balance of drill sergeant and gentle guide to successfully manage a savvy socialite’s excuses for not working out, but part of Reznik’s charm is that he takes it all in stride. “One time, I went to a client’s house to train her privately,” he remembers. “She opened the door, dressed to the nines, and said she wanted to treat me to breakfast so we could have a get-to-know-you chat. I told her we could get acquainted just as easily while she was on the treadmill.”

Reznik’s favourite whole-body moves
BURPIES: From a standing position, drop down to a squat and place your hands on the floor by your feet. Jump your legs back so that they are stretched out behind you (in a push-up position) and do a push-up. Pushing off the floor, bring your legs back under you and spring up high into a full jump. Repeat 10 times. “If this is too challenging, a lighter modification that’s still very effective is the yoga exercise Salute to the Sun.”

TWISTING PUSH-UPS: After completing a push-up, raise one hand up to the ceiling and turn your whole body sideways, parallel to the floor-the side of your foot and your heel should be touching the ground as well. Bring your hand back to the floor, do another push-up and repeat on the opposite side. Repeat up to four times. “This works your core and gives you flashbulb-ready arms,” says Reznik.