Orthorexia: How eating healthy can lead to an eating disorder

Can being too health-conscious lead to an eating disorder? We unearth the healthy eating facts. 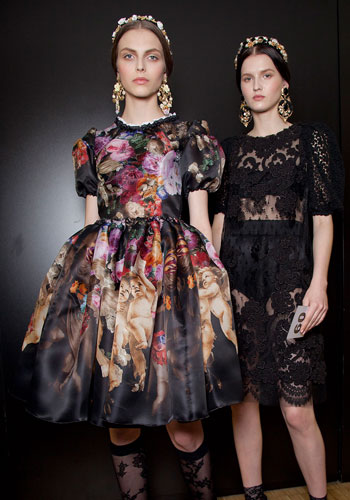 Picture this: After spending the summer indulging in ice cream and cocktails, you decide to embrace
healthy eating. You cut out refined sugar and packaged food-the kind of nutrient-free junk on any doctor’s warning list. Wheat and dairy are the next to go.

People compliment you on your weight loss; your energy levels rival those of Jillian Michaels. But soon your innocent health kick takes a strange turn. Certain foods – even fruits and veggies – begin to seem dangerous, even unclean.

Within months, you’ve whittled your list of "acceptable" foods down to almost nothing.

This unhealthy fixation with eating healthfully is called "orthorexia nervosa," a term coined by Dr. Steven Bratman, a Colorado-based physician, in 1997. Since then, orthorexia rates have spiralled in tandem with society’s insistence upon knowing every last detail about its food.

Orthorexia (derived from the Greek "ortho," which means "correct") often begins with a noble impulse – to get fit or eat organic – that grows into a self-destructive obsession where fewer and fewer foods meet the orthorexic’s increasingly high standards.

The result is everything from malnutrition to social anxiety as orthorexics avoid restaurants and their friends’ kitchens. At its most extreme, orthorexia can even act as a gateway to anorexia, says Merryl Bear, director of Toronto’s National Eating Disorder Information Centre.

"The gateway possibility is very real because the principles are so similar," she explains. "Like anorexics, orthorexics prize being pure and in control above all else." (Orthorexia is currently classified as a form of disordered eating, not a clinical eating disorder, in the Diagnostic and Statistical Manual of Mental Disorders, published by the American Psychiatric Association.)

Since orthorexics value purity, not weight loss, eating becomes a moral act. "A day filled with wheat grass juice, tofu and quinoa biscuits may come to feel as holy as one spent serving the destitute and homeless," writes Bratman in his book Health Food Junkies: Overcoming the Obsession With Healthful Eating (2004).

Bratman’s theories about orthorexia – or "righteous eating" – eventually elicited such wrath that he stopped giving interviews and added a "Reader Hatemail!" section to his website. (Sample comment: "You are a moron. Please go to Mickey Dee’s and chow down on a few Big Macs for us and don’t call me in the morning.")

In a way, the controversy makes sense. As a society, controlling what we eat is now so normalized – understood as being "picky" or even "discerning" – that it is easier to miss the signs of risky, uber-controlled eating. "Food refusal has become a lot more socially acceptable," says Bear, pointing to the clamour of "can’t eat" soliloquies that regularly greet servers and dinner hosts.

"People with serious food issues may get a pass because others don’t fully understand what’s behind their particular standards."

For orthorexics, the need to obsessively control their diet is exacerbated by the sheer amount of food knowledge available just a click away. Googling "healthy eating" yields almost 32 million results, including the 100-Mile Diet, the Dukan Diet and hundreds of websites devoted to breaking down multi-hyphenated ingredients.

The modern question isn’t so much "Which came first: the chicken or the egg?" as "Where was that chicken raised, and was it eating organic?"

"As a society, we’re suffering from information overload," says Rebecca Cooper, a certified eating-disorder specialist and the founder of Rebecca’s House, a Los Angeles-based transitional facility for people who are recovering from eating disorders.

"We know so much about what we eat, especially the bad stuff: chemicals, processing, genetically modified foods. It creates a culture of fear."

And a society preoccupied with food is a recipe for anxiety. "When I was a kid, I don’t remember my parents saying ‘Where did these bananas come from?’" says Dr. Jason Boxtart, a naturopath based in British Columbia who has treated patients with orthorexia.

"If you give [that info] to people who are predisposed to compulsive behaviour, then, yes, I think that they are more likely to have problems."

In 2004, Italian researchers confirmed the link between orthorexia and obsessive-compulsive disorder in a study that defined orthorexia as a combination of "obsessive phobic personality traits" and "health fanatic" eating habits.

Still, it’s hard to discern when health-consciousness veers into fanaticism. "Orthorexia is very difficult to diagnose," admits Boxtart. "Vegans have very restricted diets, as do people with food allergies and celiac disease."

His litmus test? "The degree to which your diet controls your life. Orthorexics become overwhelmed with hyper-managing their diet to the point where it’s all they think about." For orthorexics, that’s the sad irony: They become consumed by food they can’t consume.

Game changer
Researchers at the Institute of Psychiatry at King’s College London may have discovered a trump card in the battle against eating disorders: games.

"People with eating disorders are often cognitively inflexible – they get stuck on a very narrow way of thinking," explains Carrie Arnold, a journalist and the author of the forthcoming Decoding Anorexia: How Science Offers Hope for Eating Disorders. (Arnold is also a former anorexic who used to fear the calorie count in her Chapstick.)

"I had to drive the same route to work each day and eat the same cereal – if anything prevented that, I’d feel terribly anxious. The idea behind playing games is to practise thinking about things from a different perspective and learn how to integrate, not shut out, new information."

One game, for example, involves studying a map and finding different routes to get from point A to point B. Another game requires participants to read a paragraph and provide a one-sentence summary. "I did a really bad job on that and I’m a writer," says Arnold.

"All the details seemed equally important to me. If I’m looking at, say, a box of granola bars, I’ll fixate on how much sodium, sugar, fat and fibre are in the box and lose sight of the fact that it’s a flavour I like. I get so overwhelmed that I’ll put it back on the shelf."

The hope is that if we help eating disorder sufferers to expand their reactions and way of thinking, they will see how limited and circuitous their thinking is while in the grip of their disease. As Arnold says: "It’s about exercising your brain in a new way."

Read more:
Holiday goodies with health benefits
Boob job: How to tone your chest
The pleasure principle
ELLE body: How to get sexy shoulders