It's True, Exercise Can Make You More Productive

You think you are too busy to work out. We respectfully disagree. Here's how to get the most out of the little time you have. 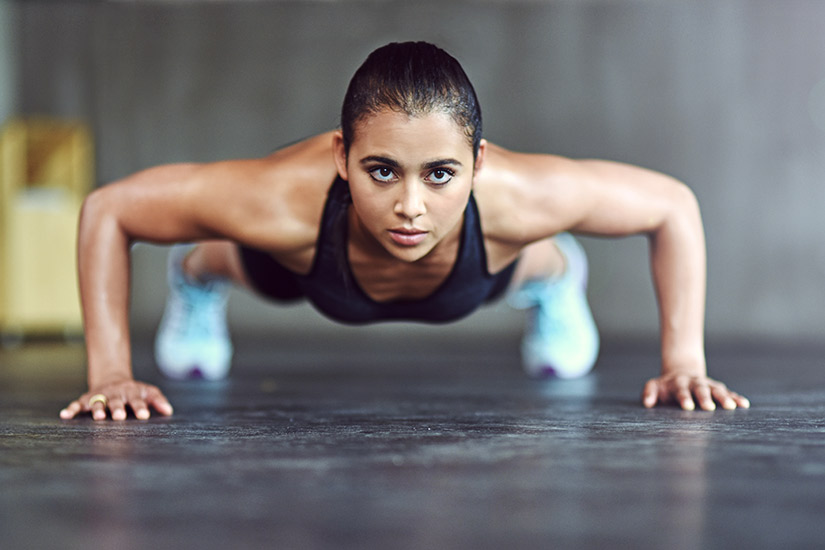 STOP KILLING PRECIOUS TIME PHONING IT IN ON THE ELLIPTICAL.

According to Murdock, a solid resistance work-out with elements of high-intensity interval training (HIIT) gets the heart pumping and burns fat in the least amount of time. Expect to see major benefits with as little as 20 minutes three times a week.

Here is a full body workout that doesn’t need a lot of thought, equipment or time. The key is to choose challenging weights but not too heavy so you can move quickly through each move with little rest. Happy training! #1000reps #eattrainlive

Seriously. When she was FLOTUS, she’d get up at 4:30 a.m. to hit the gym and was often joined by Barack. You don’t have to set the alarm quite that early, but “the early morning is the most beneficial time to exercise to maximize productivity,” says Andrew Ginsburg, a New York-based personal trainer. He says it sets a positive tone for the day. (“I conquered that HIIT circuit, so now I can definitely get through these four back-to-back meetings.”) It’s also simple science: Exercise increases blood flow to the brain and makes you more alert. Of course, any exercise, any time of day, is helpful for the mind: Working out releases brain-derived neurotrophic factor (BDNF), a protein that protects neurons in the brain and helps create new ones, improving memory and cognitive function (a.k.a. brain power).

WORK OUT AT HOME.

The “I don’t have time to get to the gym” just doesn’t cut it in our tapped-in era. Complement all that high-intensity interval training with made-in-Canada stretching workout Essentrics, which now offers a monthly streaming membership, or the app YogaGlo’s easy- to-learn at-home flows.