How Stephanie Gilman potentially risks her life to become a mom 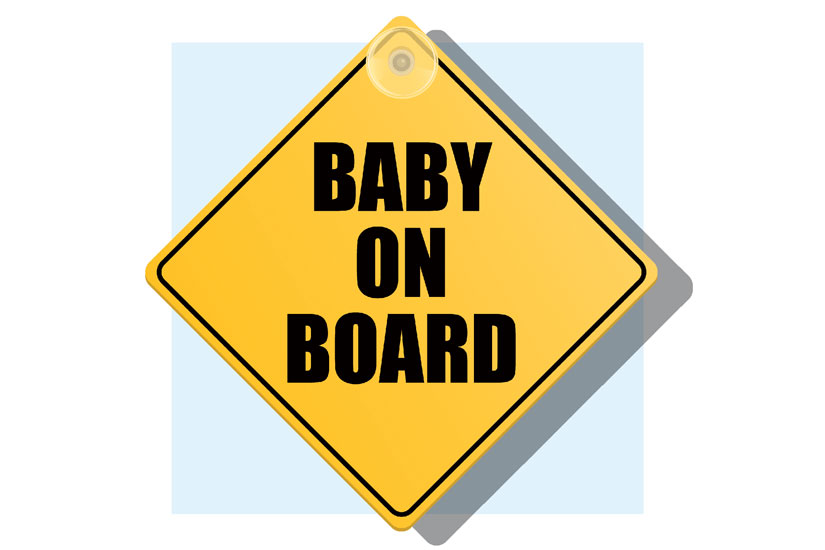 I’ve never been one to make decisions easily. Whether it’s ordering a club sandwich or a Cobb salad, buying a black sweater or a grey one or choosing what to watch on Netflix, I get easily overwhelmed by even the most inconsequential decisions. So when I was diagnosed with breast cancer in my 20s nearly four years ago, I was daunted by how many decisions confronted me. And, unlike choosing between Gilmore Girls and Scandal, some of these choices could actually mean life or death.

Last summer, my oncologist and I discussed the option of taking a break from tamoxifen, the daily medication I was taking to prevent a recurrence of my cancer. Although I am extremely grateful that such a drug exists, the major downside — besides unbearable hot flashes — is that you’re not allowed to get pregnant because its effects could be harmful to the fetus. The recommended duration is 10 years, which also meant I could miss out on my chance to have a child.

My medical team knew from the get-go that starting a family was important to me, above almost everything else. We made a deal that we would put the conversation on hold until I made it to the two-year mark. Initially, that sounded like a lifetime. But those years quickly passed, and suddenly I was faced with a massive decision: Was I ready to stop my treatment?

My oncologist told me that he didn’t have solid research to say I would be okay but he would support my decision and encouraged me to move on with my life. My husband was also eager for us to start a family because, like me, he didn’t want cancer to completely derail the life we had planned together. I discussed my decision with close friends and family, hoping that someone could somehow bring me to the “right” answer. But, ultimately, the choice was mine alone.

In my mind, I obsessively played out all the dark scenarios I could imagine. What if the cancer came back? What if I died and left my child and husband alone? To make matters more complicated, I didn’t even know if I could get pregnant, since the chemotherapy that had seeped through my veins may have damaged my ovarian reserve. Was it worth taking the risk for something that could very well be impossible? A mere wish, a dream, reserved for healthy, young, fertile women, not women who had been diagnosed with an aggressive form of breast cancer at age 28?

But amid all the what-ifs, one thought plagued me above all the others: What if I gave up hope, let fear call the shots and deprived myself of the life I was meant to live? That was one risk, I decided, I wasn’t willing to take.

In September 2015, I swallowed my final pill, said a little prayer to whoever might be listening and took yet another great leap into the unknown. I had to wait a few months before actively trying to conceive to ensure that any toxic remnants had been washed out. My periods started to return with some regularity, and I began obsessively tracking my ovulation, learning everything I could about pinpointing my fertile window. Not exactly a carefree approach, but I felt immense pressure to get pregnant as quickly as possible. Every day that passed felt like I was playing with fire. I was stressed not knowing if or when it would happen and bitter that I couldn’t enjoy the process.

After our third month of trying, I took a pregnancy test. Negative. A couple of days later, my period followed. It was lighter than usual, but I chalked it up to my body still not functioning properly. I went out and ordered a cocktail.

Later that week, I woke up after an incredibly long night’s sleep still feeling strangely fatigued. And for once, instead of my brain jumping to thoughts of cancer as the culprit, I thought of another reason for the sudden onset of extreme exhaustion.

I went to the bathroom and peed on a stick. This time, it was positive. I stood in disbelief, not knowing how to react. I took a more expensive test. Still positive. Didn’t I have my period? How could this be happening? Was there a hidden camera somewhere? Was Ashton Kutcher about to pop out from behind my shower curtain?

My husband came home a few minutes later, and I met him at the top of the stairs.

“I appear to be pregnant, but I’m bleeding,” I told him. Not the way I expected to announce such news to the father-to-be of my child, but life’s big moments rarely play out the way we imagine they will.

Despite my ongoing spotting, which tormented me and convinced me that I was constantly on the verge of a miscarriage, my early tests told a different story. There was an actual baby inside me, growing and developing as it should. At eight weeks, we saw a heartbeat on the monitor.

“There it is,” the ultrasound tech said matter-of-factly. She left the room, and my husband and I collapsed into each other, for the first time feeling the reality of what was happening. After such a long and crooked road, here we finally were, about to become parents. A couple of weeks later, we learned that we are having a boy, making everything suddenly feel that much more real.

I’ve had several checkups and ultrasounds since then, and each time I’ve been told “The baby looks perfect.” For a moment, my fears are allayed. I’m now nearing 20 weeks’ pregnant, and I’m finally starting to feel comfortable telling people the news, even though I worry that something could still go wrong. I am working hard to trust my body and trust in happy endings, despite having gone through a traumatic experience that shook my faith in both of those.

All of the pregnancy books warn women that they may have insecurities about their changing bodies, but all I feel is extreme pride and joy when I look at my growing bump. I walk around pushing it out, trying to make it look as big as possible so people know there’s a baby in there. I eagerly bounce into my doctor’s appointments, anxious to hear my little guy’s heartbeat. When I’m on the examining table, I’m still getting used to the experience of having happy tears as opposed to the sad ones I used to shed in this kind of setting. Of course my pregnancy hasn’t been effortless; I’ve been nauseated and exhausted. But I’ve waited so long to play this part, and there isn’t a moment I’m taking for granted.

Last week, I started to feel my baby moving inside me, and each day the taps and kicks are growing stronger. My doctor says that many women don’t feel their babies this early. I like to think it’s my baby’s way of making himself known and reassuring me that he’s okay. That we’ll both be okay. Each time I feel him, I stop and I think, even with all of the terrifying possibilities that could be ahead, one thing is for certain: This is the best decision I have ever made.

Stephanie Gilman wrote about her post-treatment experiences in a year-long column. Read about her journey — and meet her little fellow in November — at ELLECanada.com/lifereboot.