Have a stress-free spring

The latest mind-body treatments turn to the ancient practice of sound healing, using Tibetan singing bowls and vibrational therapy to break the stress cycle for a spring that is smooth sailing. 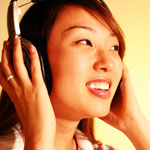 Make a date — meditate!
Sitting in the classic full lotus position is still the best way to meditate, says Adarsa Chakra, a Zen shiatsu therapist in Toronto. Otherwise, assume the half lotus or the Japanese seisa pos-ition (feet tucked up under the rump). Chakra recommends sitting about a metre away from a blank wall.

Hold your spine erect “as if someone were pulling a thread from the sacrum right up through the crown of your head,” he says.

Rest your hands palms up on your belly (just below the navel), placing one on top of the other, with the middle joints of your middle fingers crossing and the tips of your thumbs touching. Keep your arms relaxed at your sides.

With your eyes two-thirds closed, softly gaze at a spot on the wall and start inhaling and exhaling through your nose. Follow your breath coming in and going out for several minutes. You should feel all outward thoughts start to move away as you relax down into your body.

As your breaths get longer and thinner, you can add a sound on the exhale (like “ohm”). Practitioners of kundalini yoga chant the sound “sat” and end each breath with “nam.” They believe that making the vibrational “aaaa” sound in “sat” liberates and cleanses the body while “nam” acts as a mental anchor to clear a cluttered mind. Conclude the meditation by taking a few deep breaths (www.kundaliniyoga.org).

Benefits
“When you meditate, you are unifying the energy flow within your body by opening up the governing vessel, which runs up the back of your spine, and the conception vessel, which runs down the front of your spine,” says Chakra. “When you open these vessels with meditation, you neutralize the tension in your body and start to relax.”Singing bowls
Ethereal highs attained by striking or rubbing bowl rims have struck a chord with the general public, starting, of course, in Hollywood with the likes of Robin Wright Penn, Demi Moore and Mariel Hemmingway, says William Jones, co-owner and founder of Crystal Tones in Salt Lake City. Singing bowls typically come in two varieties. Tibetan bowls contain seven metals corresponding to the sun, moon and planets and can be played against the body to restore inner balance. Quartz crystal bowls, made of silicon dioxide, resonate with crystalline and water structures of the body, such as cells and DNA, and are associates with the body’s seven chakras, or energy centres. Lora Teuschler, a sound-healing therapist based in Nanaimo, B.C., plays crystal bowls to break up energy blockages in the body, reaffirm physical-spiritual connections and induce deep relaxation. “If the body is stressed, it won’t heal,” she says.

Vibrational therapy
A way to transform oneself from a solo instrument into a one-woman rhythm section, vibrational therapy involves applying sound vibrations to acupressure points to clear energy blockages, restore balance, treat depression and alleviate pain. Ashley Tait, an accredited music therapist and sound healer in Vancouver, discovered the Australian didgeridoo’s mystical powers four years ago while playing the 10,000-year-old Aboriginal instrument at an extended-care centre. A muscular sclerosis patient grabbed the vibrating instrument and held it against his left arm, feeling pain diminish within minutes. Tait later played the didgeridoo against different patients to ease a variety of conditions — from arthritis to labour pains — and, most recently, to instantly relieve excruciating pain from second-degree burns. “I started out skeptical about energy healing,” says Tait, “but now I see sound as a powerful tool for transformation.”