Tressed out: Is your hair thinning?

The latest treatment options may help restore thinning hair to its former glory. 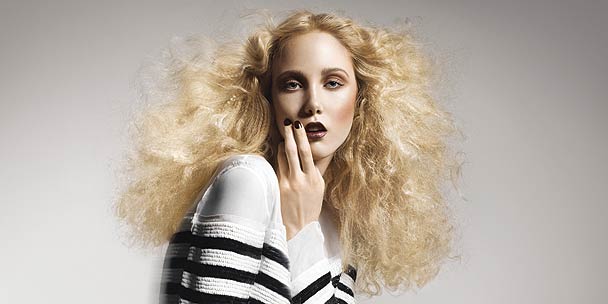 Pluck, wax, sugar off and shave — you’ve tried every trick in the book to keep unwanted hair at bay. But, as Murphy’s beauty law would have it, you’re suddenly losing it in the wrong place: on your head. Your usually lavish locks are falling fast, and your brush looks like a bird’s nest. While most of us think that only men or older people are afflicted with sparse or thinning strands, an estimated 40 to 50 percent of women experience hair loss by the time they reach
menopause, according to the Canadian Hair Research Foundation.

We all lose a little: It’s normal to cast off roughly 100 hairs a day — a hardly noticeable number, given that the average head boasts 100,000 or more. It’s just part of the process: Each hair you have cycles through a growth stage (three to seven years) and a resting period (about three months). “If the hair is in an area that is not destined to go bald or thin out, it grows back exactly the same way it did in the first place,” says Dr. Walter Unger, an associate professor of derma­tology at the University of Toronto. “This goes on over and over again throughout your lifetime.”

But for those predisposed to go bare, the hair comes back progressively shorter and finer. In many cases, genes are the culprit. The most widespread type of hair loss for both men and women is hereditary: androgen­etic alopecia, or pattern baldness. Some people inherit hair follicles that are just more sensitive to a naturally occurring hormone called DHT, which is formed when testosterone hooks up with an enzyme found in the oil glands of the hair follicles. The problem is, DHT has the ability to shrink those follicles over time. Pattern hair loss affects a whopping 38 percent of females, says Dr. Jerry Shapiro, director of clinical research in the Hair Research Laboratory at Vancouver General Hospital and the University of British Columbia’s department of dermatology. It’s more likely to happen post-menopause (when levels of estrogen — which counterbalances DHT — drop), but it can hit anytime after puberty.

Even if you’ve won the lush-hair lottery, you could still find yourself suddenly sparser. Everything from emotional stress, a high fever and childbirth to crash dieting, nutrient shortages and certain drugs (like the birth control pill) can spark a condition called telogen effluvium, the

second-most-common type of hair loss. It’s marked by abrupt shedding all over the head two or three months after a shock to the system. Essen­tially, a higher-than-usual number of follicles fast-forward into fallout mode, so you end up losing 300 or more hairs daily instead of the typ­ical hundred.

Since hair is the body’s second-fastest-growing tissue, it can reflect metabolic imbalances. And, says Shapiro, “hair loss may be the first clinical sign of systemic disease,” such as a
thyroid disorder or lupus. “If you’re losing hair, you have to see a dermatologist and have some investigation done,” advises Unger. While there may not be an instant cure, the latest solutions — from specialty shampoos to nutrition fixes to high-tech breakthroughs — can help rescue your mane and maybe even regrow it.

not genetics, resolving the triggers will usually help restore your locks, though it can take three to six months before you start seeing an improvement. The main dietary causes for women include not eating regularly and not getting enough iron or protein, says Dr. David Kingsley, a New York trichologist and co-founder of British Science Corporation, which researches and treats hair loss. Hair is made of protein, but it’s a non-essential tissue, “so if you’re lacking in protein, your hair is the last thing to get it,” adds Kingsley.

There are numerous dietary supplements that claim to combat hair loss or spur its growth, including Phyto Phytophanère (rich in vitamins and essential fatty acids) and Viviscal Hair Vitamins (loaded with marine protein). But, according to Unger, there isn’t good scientific proof backing up supplements for hair loss if you have a healthy diet. “I think it’s fair to say, though, that if you’re losing your hair, you should check what you’re eating and make sure you’re getting a minimal supply of all the vitamins and minerals you need for gen­eral health.”

One of the few drugs proven to regrow hair is Rogaine, a solution applied to the scalp that prolongs the growing phase. “In Canada, it’s not approved officially for women, but we use it all the time,” says Shapiro. It can be prescribed off-label for women, and it’s sold over the counter for men. Most women should try it before considering pricier pro­cedures like hair transplanting, says Unger. The downside: It doesn’t work for everyone (in one study, 19 percent of females 18 to 45 saw moderate regrowth) and can take up to a year to work. It also requires a serious, long-term commitment: Once you stop applying it, you’ll lose any restored hair.

Propecia, a prescription tablet, is a popular option for men that stops testosterone from converting into follicle-killing DHT. However, women shouldn’t use it since it hasn’t been proven to work and can cause birth defects if taken during pregnancy. “There are a variety of oral medications that may work for women,” says Unger, referring to anti-androgens (drugs that block male hormones) like flutamide. “But these are not magic bullets, and results vary: Unfortunately, either they don’t work [for women] or they don’t work very well — but if you’re lucky, they do.”

To make the most of what you have, there are specialty shampoos, such as Ducray Anaphase, which strengthens the hair shaft with a vitamin B recipe, and Frédéric Fekkai’s four-piece MORE line, made with a nourishing niacin (vitamin B³) complex. A study published in the
Journal of Cosmetic Dermatology in 2005 found that female subjects who had pattern hair loss showed “a statistically significant increase in hair fullness” after using topical niacin derivatives for six months. “The MORE system removes DHT buildup, which is known to cause thinning of the hair,” explains celebrity stylist Fekkai. “In addition, the products increase oxygenation, which stimulates the scalp.” Your cut can also make a difference. “I find that layers add fullness to the hair, since you don’t see as much of the scalp,” says Fekkai. Likewise, if you colour your hair, avoid overly h dark hues that contrast too much with your scalp.

Camouflage also comes in a variety of wigs, extensions and “partials” that can be blended into existing hair. (But take note: Too-tight extensions can cause traction alopecia, another type of hair loss.) Elline Surianello, who began losing her own hair at age nine, launched the LeMetric Hair Center network of hair salons after failing to find a natural-looking solution for herself. “The biggest misconception about hair loss is that it’s a sickness or an illness, but it’s not,” says Surianello. “It’s a cosmetic problem and the end result [of certain health conditions]. When it starts changing how you live your life, that’s when you have to take some type of action.” At her salons, including the Cerilli Beauty Centre in Richmond Hill, Ont., each client must provide a health profile before a custom hairpiece is made for her. The hairpiece is meticulously hand-tied into existing hair, boosting volume strand by strand. With proper maintenance, it lasts two to four years. Depending on the specific needs, a hairpiece costs anywhere  from $800 to $3,200.

Years ago, transplants were not an option for most women, but recent strides in micro-grafting are now making it possible for many, says Unger, who is also a hair transplant surgeon with practices in Toronto and New York. But, given the cost (from $5,000 to $12,000 per session, on average), surgery is perhaps best for those who haven’t had success with medical treatments. The proced­ure involves removing a narrow, hair-bearing strip of skin from a still-dense area (like the back of the head) and dissecting out single hairs as well as small groups of two and three hairs. The surgeon then meticulously inserts these hairs into small needle holes made in the thinning spots. “There’s no plugginess to it at all,” says Unger, noting that com­plication rates are very low. While not all women are good candidates, “the advantage of transplanting is that it always works,” he says. “It always grows a substantial amount of hair, and most of that hair is permanent.”

Lasers are a tried-and-true way to banish hair, but can they be used to bring it back too? The HairMax LaserComb, a handheld at-home gadget approved by Health Canada, claims to do just that. Using low-level laser therapy, the device is said to spur hair growth when used for 10 to 15 minutes three times a week. But while Kingsley recommends it, other experts are more skeptical. “I think that, so far, the studies that have been done are not scientifically convincing for most dermatologists,” says Unger. “It has obviously done something for some people, but we don’t know how much it does, and we don’t know for what proportion of people it does anything.” Still, he calls the device “harmless” and says it’s worth a try for those who want to give it a shot.

Human hair cell therapy, or “cloning” — a more sci-fi scenario — is a promising work-in-progress. Re­searchers can grow tissue stem cells in lab cultures, but, strangely, when those cells are put back into the human they were taken from, they work “only intermittently,” says Unger. He predicts that scientists will solve this problem in the not-so-distant future. “I’d say that this is one of the reasons you should try medical treatments first — maybe slow down hair loss until we do have cloning,” he explains. “It’s going to happen; it’s just a question of when.”