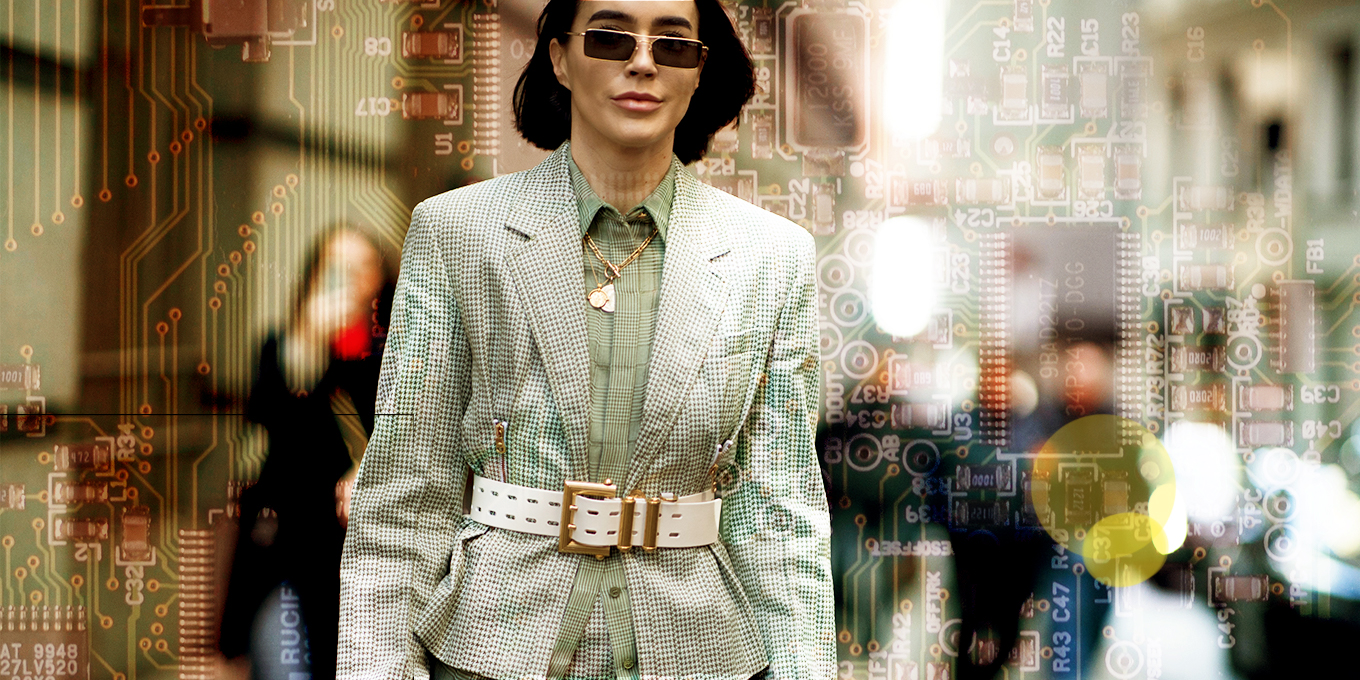 From the outside, the world of fragrance creation can seem magical and mysterious. A marriage of poetry and chemistry, it captures the imagination, conjuring images of a French-born nose filling a weathered, leather-bound notebook with secret formulas or hand-picking ingredients from the idyllic fields of Grasse, the world’s perfume capital. Now picture that perfumer tapping a touchscreen and using data-driven algorithms to develop the next L’Eau d’Issey or Dior Poison. It’s artisanry meets artificial intelligence, and it’s the future of perfumery.

For 28-year-old Maxime Garcia-Janin, whose start-up, Sillages Paris, creates custom scents using machine learning – a method of data analysis that falls under the umbrella of AI – this digital transformation was a long time coming. Working briefly in perfumery for LVMH and L’Oréal (the latter is one of his investors), he often heard colleagues pin the fragrance industry’s decline on millennials. The assumption was that because millennials are obsessed with all things visual, they wouldn’t be interested in buying perfume. “For me, it was the complete opposite,” says Garcia-Janin. “I think millennials love fragrance because we’re a generation that wants to be unique – we want to emphasize what makes us different from one another. And fragrance is the perfect product for that.” Similar to how Spotify creates personalized playlists based on listening history, Sillages Paris helps consumers build a bespoke fragrance by asking a series of questions and providing the guidance of a team of young perfumers dubbed “super-noses.” It’s such a departure from the traditional perfume model that Garcia-Janin considers his brand luxury fragrance 3.0. “I think we went from zero to 3.0 because before we came to the market, nothing existed in terms of digital technology in high perfumery.”

Indeed, the perfume industry is a late adopter. The category trails behind skincare and makeup brands, which have been quicker at using AI and augmented reality; for example, Sephora’s Virtual Artist app lets consumers try on thousands of lipstick shades, and Olay’s Skin Advisor offers personalized product recommendations based solely on an uploaded selfie. While some 20th-century innovations – such as gas chromatography mass spectrometry in the 1950s, which allowed perfumers to discern the molecular composition of a scent, and headspace technology in the 1980s, which enabled them to capture the fragrance of a rare flower or an obscure aroma and then recreate it in a lab – have pushed the fragrance industry forward, many consider AI to be the most significant development in over a century. “It’s probably the biggest disruption since 1874,” says Claire Viola, vice-president of digital strategy fragrance at Symrise, a global fragrance company. That was the year Symrise’s founders created vanillin, one of the first synthetic ingredients to be included in a fine fragrance. Vanillin was featured in Guerlain’s Jicky, which debuted in 1889 and was the first perfume to feature both synthetic and natural ingredients. It was a major turning point in the industry: With synthetics, the sky was the limit in terms of what perfumers could do.with AI, perfumers will have their own personal digital apprentice to help them dream up infinite new ways to use every ingredient in their palette.

And now, with AI, perfumers will have their own personal digital apprentice to help them dream up infinite new ways to use every ingredient in their palette. “Creativity is the number-one reason we developed a partnership with IBM, because it enhances the realm of possibilities,” says Viola. The result of that collaboration is Philyra, a program that uses machine learning to scan the nearly two million formulas in the fragrance company’s database and suggest new combinations and ingredient ratios.

Each perfumer’s style and approach to perfumery comes with biases (if you’d asked Matisse and Cézanne to each paint an apple, you’d have gotten two very different apples, points out Viola), whether that’s favouring ingredients (many perfumers work with only a fraction of the 3,000 or so available) or gravitating toward certain fragrance categories, like gourmands or chypres. Philyra is doing pure data analysis, explains Viola, so it doesn’t have any biases, which means it can eliminate those blind spots.

A lack of creativity within the perfume world is what drove Edmonton-based Josh Smith to start his own brand, Libertine. “I was interested in scent and found a lot of releases and big-box-store fragrances sort of boring,” says Smith, whose scents have been endorsed by notoriously-hard-to-impress perfume critic Luca Turin. Smith puts out one perfume a year, which leaves plenty of time for him to experiment with his formulas and dream up new ideas. While he sees why the big fragrance companies are betting on AI to transform the creative process, he doesn’t think we’ll see a big change at the fragrance counter. “I think with AI, it will just be a faster way of creating more of the same.”

Which brings us to the second benefit of using AI: speed. While perfumers are artists, when they work for large companies that create scents for fashion houses and beauty brands, they’re also under a lot of pressure to translate stacks of marketing briefs into future bestselling formulas, which can feel like the opposite of art. If fragrances like Lancôme’s La Vie Est Belle take four years to create, AI can shorten the incubation period to months, says Viola. It’s no wonder other companies are leaning into tech too. Fragrance giant Firmenich launched D-Lab, a collaboration with École polytechnique fédérale de Lausanne, a Swiss university specializing in science and technology. And earlier this year, Givaudan (of which Bill Gates is the largest shareholder) introduced Carto, an AI-powered program that features a colourful touchscreen reminiscent of the one CNN shows off on election night.

We're reinventing the way of fragrance creation! With our new artificial intelligence powered tool 'Carto', our perfumers will now be able to reinvent the way of fragrance creation. Carto provides ingredients, accords and perfume data at the fingertips of the perfumers, including suggestions and an instant sampling solution for live evaluation. It won’t be wrong to call it a perfume organ of the future!! #givaudanperfume #innovation #futureofperfumery #creation #fragrances #artificialintelligence #digital #Marioncostero #ingredients #perfumers #scent #carto #create #perfumery

Even with all these high-tech tools, the process doesn’t work without the perfumer. Similar to how autonomous cars – whose algorithms can be thrown off by pigeons, snowflakes and even tree shadows – require a human to make sense of anomalies, only a human perfumer can understand the difference between a potential masterpiece and a mediocre formula. “It’s logic, not creative,” says Firmenich master perfumer Olivier Cresp of the technology. Cresp, the man behind blockbusters like Thierry Mugler Angel and Dolce & Gabbana Light Blue, started his career as a perfumer in the mid-1970s and received the Fragrance Foundation’s lifetime achievement award just last year. He says using this new technology is a “positive” change because it allows him to concentrate on important projects, like, say, Akro, the niche perfume line he’s working on with his daughter. “I see it as a big help, not as a competition,” he says.

While Cresp seems to be embracing the shift, Kilian Hennessy, creator of the By Kilian luxury-fragrance line, doesn’t see the need for a digital apprentice. Like with other niche perfumers, pushing boundaries and taking creative risks are what he does best. For Hennessy, who learned from perfume icons Thierry Wasser and Jacques Cavallier, the ideas flow like champagne. “Mozart used to say that he could hear the opera in his head and he was just writing the notes he heard,” he says. “I can give you combinations that have never been done by anyone—I don’t need AI to do that.”