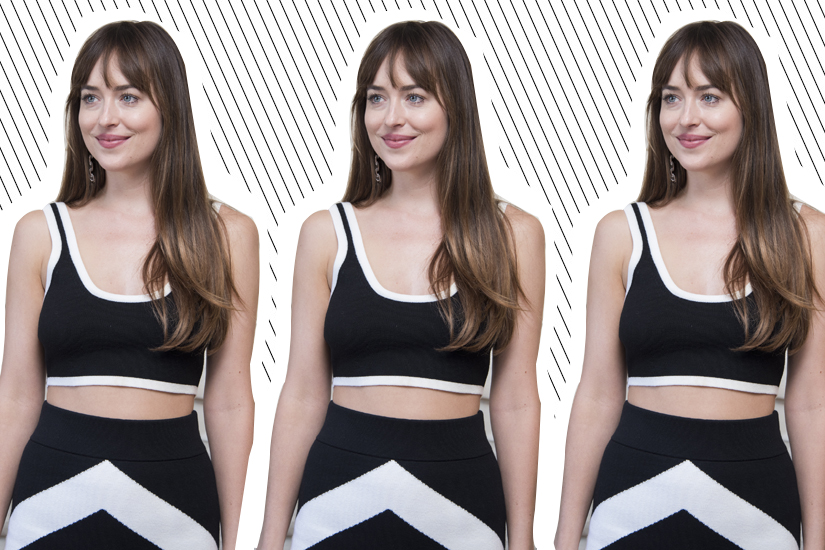 In early October, actress Dakota Johnson got on stage at Global Citizen Festival in New York City and gave out her phone number to the entire world.

“I wanted to give women, globally, the opportunity to speak without the fear of judgment or the fear of being shut down and being told to be quiet or that they are crazy or wrong,” said Johnson when we met with her at West Hollywood celebrity-haunt Chateau Marmont during an event for the Gucci Bloom line of fragrances, of which Johnson is a face.

Within half an hour of sharing her number, she received 8,000 voicemails—and another 500 each day of the following week. “As Global Citizen and I anticipated, there were threats, and people calling just to say ‘Hi’, which is great, but around 40% to 50% were legitimate stories from women, which is really remarkable,” says Johnson of the messages she has received. “They are not for the faint of heart. It’s profoundly affecting and important for people to hear them.”

Women and girls in every corner of the world face extreme violence and sexual harassment on a daily basis. Over 800 women and adolescent girls die every day because they do not have access to reliable contraceptives and basic maternity services. I don’t want to speak for you. I want to listen to you. This is my phone number. Tell me your story in my voicemail, and I will listen. There is power in numbers. Together with @glblctzn I will compile your stories and get your voices heard. We must achieve a world where #sheisequal. Love, respect, and trust, Dakota

The idea to share her number came to Johnson on the plane ride from Los Angeles, her hometown, to New York City for the event. “I was travelling to New York on the day that the Brett Kavanaugh and Christine Blasey Ford hearings were happening, and I found myself feeling really fucking despondent and discouraged and quiet,” she says. “I didn’t feel comfortable with [getting up on stage] just speaking on behalf of women, when what really matters to me is listening to women.”

It was just two days before the Global Citizen Festival, an annual event hosted by Global Poverty Project with musical acts curated by Coldplay’s Chris Martin, when Johnson pitched the idea. “We figured out a way to make it work,” says Johnson, who calls the speed with which things were able to happen “inspiring.”

“The state of the world is a fucking nightmare, but when you think back on it, it’s only been two years [since President Trump was elected],” she says. “If someone reads that I got this together in two days, hopefully they will also be a little proactive. At least get up and vote—it will take you 15 minutes.”

Global Citizen and Johnson are currently working together to prepare the audio files, and they will soon be shared with the public. If you have a story to tell, Johnson’s number is still up and running: call and leave a voicemail at 1-(212)-653-8806.